Actor and comedian, Funny Face, has revealed that his wife has run away from home taking along their kids.

In an Instagram post, he blamed his colleague Lil Win for his wife’s decision adding that he (Lil Win) got to her because she is not emotionally strong.

“Aswear tomorrow am going full attaaaaaack on LIL WIN  … Because the mother of my children is not emotionally strong… you have tricked her into doing dis to me Kwadwo…? … Aswear KWADWO… I WILL DIE WITH YOU IN GHANA,” he wrote.

Funny Face also wrote that he was going “haywire” from missing his kids too much.

He explained that his wife is not in a position to take good care of their twin girls stating that his mother and sister can do a better job of caring for the girls.

“Let dem bring my children to me…I DONT GIVE A [……] ryt now… about what anybody thinks about me now .. have been [through] a lot… my only JOY was my #ELLAandBELLA .. aswear I will kill for dis girls,” he added.

Funny Face also issued a warning to his ‘runaway’ wife to return the kids or she faces his wrath.

“#ATTAAAMAAME… “just to say “ FIMM FIMM “ like you can never step out in Ghana again… HOW CAN U DO DIS TO ME..? How much DID LIL WIN PAY,” he quizzed.

Funny Face added that his wife also betrayed him and sold information about him to his enemies and bloggers so they could destroy him.

The comedian also alleged that the woman uses their kids against him every single time there is an argument adding that he feels betrayed and his trust has been broken. 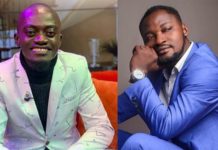 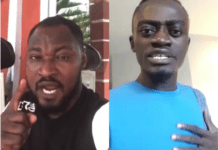 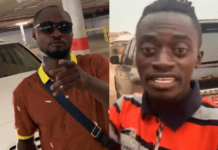