Day Three of a suit brought by the six former bishops and pastors of Lighthouse Chapel International against their former church alleging the non-payment of SSNIT, exploitation and emotional abuse: The church founded by the popular charismatic leader, Bishop Dag Heward-Mills has replied to the accusations. But the lawyer for one of the plaintiffs is not happy with their defence.

A 64-page defence from Lighthouse Chapel International sat before the court.

Mr Rodney Heward-Mills, who is counsel for the church, would see his defence, satisfied that it was good. Mr Kofi Bentil, the lawyer for the former pastors, would see this same defence and say it was frivolous.

It was now the turn of the judge to tell the court his version of what the two saw. Whose report would you believe? We shall believe the report of the judge, the former LCI bishops and pastors would say.

And that was at the heart of the matter when the Labour Court in Accra sat on an application brought by Kofi Bentil, asking the court to trim the voluminous defence of a “morass of verbiage.”

Lighthouse Chapel International had attached 36-pages of The Fourth Estate’s three-part exhaustive publication, “Darkness in a Light House”. It also attached five pages of Larry Odonkor’s Facebook post in which he debates scriptures.

And then the church in its defence statement also countersues Larry and his five colleagues for defamation, accusing Larry Odonkor of many other things that were not a subject matter in court.

This was why the church’s defence statement was bulky.

Kofi Bentil would argue, quoting a Supreme Court judgment that the church’s defence statement was “an abuse of the processes of the court” because it throws in many other irrelevant materials.

He would also quote the High Court Civil Procedure Rules, which explains that not more than three pages are allowed when attaching particulars to a pleading.

Kofi Bentil had some big adjectives, too, to describe the big defence statement. He said the church’s defence was “deleterious”.  And seconds later, another word flew in, “prolixity”.

Bentil’s adjectives, flying like an arrow, lodging itself into the gathered craniums in the court, drew a gasp from the room. And the words fell his first victim, the official court recorder.

The woman hesitated in typing, and for Kofi Bentil, it signalled a call for reinforcements and so he spelt his words out. The session continued.

Kofi Bentil would later out of court explain that, essentially, the style of Lighthouse’ defence was akin to Arnold versus Shattawale on UTV entertainment programme during which in an attempt to confuse the entertainment critic, the dancehall artiste stood up and made wild claims and allegations amidst hot air.

In court, the lawyer for the plaintiff opened a dwarfish but thick book on civil procedure written by S. Kwami Tetteh and explained that when a party to a case is filing a defence, its pleadings must state facts and not allegations.  What the church had done amounted to what lawyers called “prolix pleading”, a fancy legal term for an unnecessary and superfluous statement of facts.

Rodney Heward-Mills would later describe S. Kwami Tetteh’s book as an “excellent” authority on rules of court. And Bentil would read from it even more. Quoting again, Bentil rhymed with adjectives in court, stating that the civil rules of court “require, brevity, materiality and necessity.”

Bentil pushed that the rules state “specifically, that evidence is not pleaded” because the court had not reached the stage where evidence is to be litigated. With some practised pose, he asked the judge to strike out portions of the defence statement because “their submission breached all these rules.”

Counsel Heward-Mills, rose up, his towering height and baritone voice holding the court’s attention for his rebuttal. He said Bentil’s application was simply a time-wasting legal device.

His client, the church, had filed its defence, which meant Bentil was also to file his client’s response to the church’s defence by June 25, 2021, as ordered by the court.

That reply did not exist in the court files. If Bentil had been minded to file his response, it would have helped the court move on with his own client’s case brought to the court.

The application to strike out portions of his defence was a “devious way of getting around” the fact that Bentil had failed to file his client’s response to their defence. “I can’t imagine why there is a delay when they have been given 10 days to reply. That time has passed,” he said.

Rodney Heward-Mills moved into arguing the merits of his defence. He reads The Fourth Estate’s headline “Darkness In a Light House”, grimacing at every word in discernible disgust.

“The title alone is scandalous and defamatory to say such things about the church of God,” he worked up a mild fury on behalf of God, who was in court but preferred his usual invisibility, the pastors would say.

Heward-Mills said the six former bishops and pastors colluded with The Fourth Estate to publish allegations that were not “in keeping with Christian teachings.” He called the plaintiffs “six musketeers” and added their signature slogan “All for one, and one for all”. What appeared to be Heward-Mills first attempt at some humour drew some refreshing giggles in a hearing which had previously been worryingly tense.

When Rodney Heward-Mills began to recycle his arguments, the judge signaled “you have one minute” remaining like MTN’s automatic voice reminder of depleting call credit. And when Rodney appeared to be moving into the merits of the case, the judge would indicate that “you are departing.”

Finally, Rodney Heward-Mills reclined into his seat. The court shifted eyes to the judge, Frank Aboadwe Rockson, for a ruling. And the judge would shift his eyes down for some brooding.

He was writing his judgment, scrawling like a doctor’s prescription, his reasoned legal antidote to the malady before him.

The long silence was an indication that it was time for some short whispers in court as quick opinions were traded. Justice Frank Aboadwe Rockson would lift up his head, remove his mask, size up his court, his gaze adjusting everyone in court to hear the ruling.

He said he had taken “great pains” to read through the 64-page defence and counsel’s statement of claims and affidavit filed.  But consulting Order 11, rule 17 of Constitutional Instrument (CI)47, the rules state that pleadings shall be a summary form of the material facts of a party’s case. It is a document that sets and frames the issues for litigation and, yes, they must not contain allegations, only facts.

He said the words of the rules “are not ambiguous.” Some 64-pages do not qualify as brief, he suggested.

But Rodney was not the only one guilty of error and the judge had also fished out a part of Kofi Bentil’s affidavit which also sinned against the rules of court. In pointing it out, the judge leveraged his Bible knowledge, remarking Jesus’ words, he that was without sin should cast the first stone.

In a fight between a church and its former ministers, it appeared the counsel and judge may find Bible verses useful in making a point easily.

Bentil laughed. The judge continued, “There is merit in the application” for portions of the defence statement to be struck out and accordingly they should be removed from the record.

From a 64-page defence the judge, like a butcher, slit through 41 pages of fat in the case, leaving only lean meat of 25-pages for litigation. Lighthouse’ defence shrunk. The judge ordered Larry Odonkor to file a reply to the statement of Defence and Counterclaim within seven days.

Rising to lap in his fresh technical victory, Kofi Bentil asked the court to award cost. “My Lord, this has been labourious,” he said, indicating he has had to spend valuable time to impress upon Rodney Heward-Mills the need to be “diligent” in preparing for court. “We would like cost,” he said and quoted GH₵10,000.

Rodney Heward-Mills, a tough negotiator when it comes to cost, shot up from his fresh technical defeat, “My Lord, I don’t think that’s a fair amount.” His nice-minted watch flying around his wrist as he complained that the amount was too much.

Bentil replied that “we are talking about a mega church,” suggesting that Lighthouse Chapel International was no ordinary tithe-collecting church to complain of small monies.

Justice Aboawe Rockson, from his fresh technical judgment, moved from judge to bargain broker. “How much do you offer?” he invited the court into a market scene of bargain deals.

Rodney Heward-Mills would unyieldingly remark that no cost should be awarded. And at that, the judge set cost at GH₵3,000.

In three sittings, Lighthouse Chapel International had racked up cost of GH₵ 8,500 battling against six of their former employees.

“They are in trouble,” remarked another lawyer who was waiting for his own case to be called but had listened to Rodney Heward-Mills’ arguments in court. 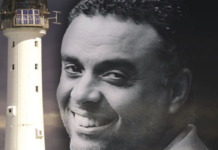 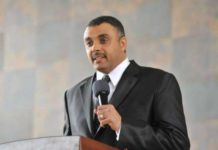 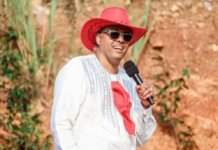 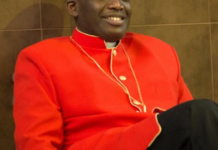 Serving Lighthouse pastor standing “against disloyalty” was paid £300,000 as ex-gratia