Former Head of Communications in the erstwhile Atta Mills administration, Koku Anyidoho, has requested a probe into the former’s death.

This request comes almost a decade after the death of his former boss.

The incident of Prof Atta Mills as the first President in Ghana to have died in office occurred on July 24, 2012.

There must be a, State Inquest, into the death of President Atta-Mills. pic.twitter.com/yt5Sv9LvNq

The topic became ‘a taboo’ when the National Democratic Congress (NDC) administration led by the then President, John Mahama, on whose ticket the tax law professor was in office, ignored calls for a probe.

But according to Mr Anyidoho, the probe is being triggered as a result of his status as an accomplished citizen in Ghana.

Making the request on his Twitter page, he noted it is also based on all Rights enshrined in the 1992 constitution.

I am an accomplished citizen of Ghana, with All Rights accruing to me under the Constitution of the Republic. After 10 years of his death, I am respectfully requesting for an, INQUEST, into the death of President John Evans Atta-Mills. God bless our Homeland Ghana 🇬🇭 🙏

Meanwhile, he has urged support among Ghanaians on his calls for the probe.

I continue to dare John Dramani Mahama to an OPEN DEBATE. People of of Ghana, please openly ask for an, INQUEST, into the death of President John Evans Atta-Mills I beg you in the name of God Almighty 🙏 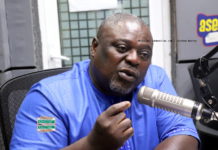 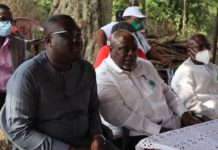