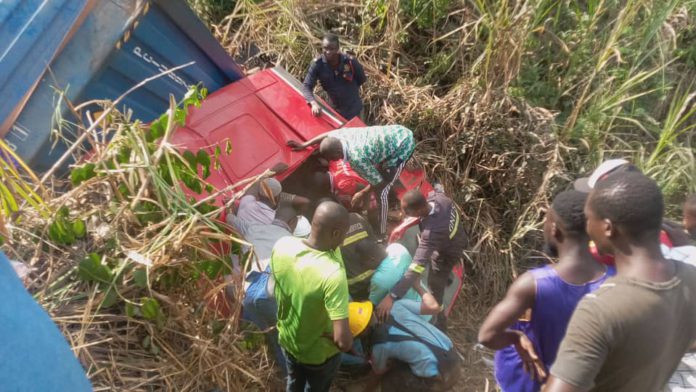 A drivers mate is reported dead after being trapped under their trailer for over 16 hours.

The driver, Mustapha and his brother, Emmerana Alhassan, 20, were said to be transporting a container in their trailer when they fell into a ditch near the Kintampo waterfall.

According to the driver, he was making way for a speeding vehicle behind him when he lost control of the steering wheel and plunged into the bushes.

The incident, which happened at 9:am yesterday, saw the driver sustain minor injuries after he was rescued by some onlookers.

However, his mate, who was trapped in the wreckage, was moaning in pain as the rescue team made constant efforts to drag him out.

The Ghanan National Fire Service and other rescue teams, after 16 hours, successfully rescued the 20-year-old.

But, he was reported dead at the Kintampo Government Hospital few minutes after his rescue at 1:10 am today.

The driver sustained a minor injury and has been treated and discharged from the same hospital. 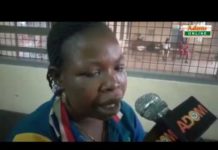