Ghanaian singer King Promise has finally reacted to series of tweets made by colleague musician Samini, who has been mocking the official World Cup theme song for Ghana.

King Promise tweeted, “long live the Idols, may they never become our rivals”, after Samini voiced out his opinion concerning the official Black Stars song outdoored by the Ghana Football Association.

According to King Promise, he is shocked by Samini’s gesture because he respects him as an idol in Ghana’s creative space.

Interestingly, the official song that was outdoored by the GFA was composed by the Kentos Band in collaboration with the Ministry of Youth and Sports, dubbed ‘Osey’.

According to Samini, the ‘Osey’ song, which was launched at the Sky Bar 25 and witnessed by former Black Star players, is wack and not up to standard.

But Samini’s tweet has also sparked speculations as some fans believe he is indirectly jabbing King Promise, who has equally outdoored another official song following the backlash of ‘Osey’.

Earlier, King Promise collaborated with the Ghana Football Association, the sports governing body, to release an official song, Black Stars (Bring Back The Love), for Ghana ahead of the Qatar 2022 World Cup.

Apparently, when fans lambasted Samini for putting out such, Samini reiterated his tweet, adding that, it is just an opinion, and he stands by it.

King Promise, feeling sad, about the whole incident said he wonders why his idol has decided to kick against the song.

In another tweet, King Promise prayed he never holds a grudge with Samini.

Meanwhile, Samini has gone ahead to release a new song for the World Cup titled, ‘WinAfricaWin’ to silence critics. 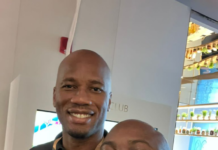 King Promise links up with Didier Drogba, John Terry, others in Qatar 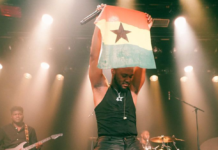 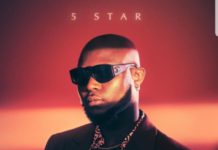