It has emerged that Latifah Bumaye, the woman who was arrested on Friday morning, is the granddaughter of the late 90-year-old Akua Denteh.

Her relation to the late Denteh has been confirmed by the Salaga Divisional Police Headquarters in the Savannah Region.

Admitting to police officers of being involved in the lynching of her grandmother, Madam Bumaye, however, noted that she had been placed under a spell by the witch-doctor, the reason why she helped in killing her own grandmother.

She said she had no knowledge of what she was doing until the aftermath of the death of her grandmother.

“I didn’t know what I was doing, it was after I had helped kill her that I saw myself beating my grandmother in a video on TV3 [sic],” she said.

The late Denteh was accused of being a witch by a witch doctor and was subsequently lynched by some persons in the community.

Since her murder, the Savannah Regional Police Command has been on a hunt for those who perpetuated the inhumane act.

Six persons – including suspect Bumaye – have so far been arrested in connection with the lynching of Madam Denteh. 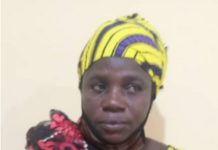 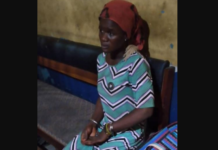 Lady who whipped, tortured 90-year-old woman to death opens up on why she did that to her grandma 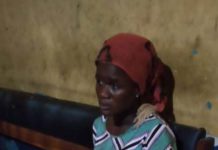