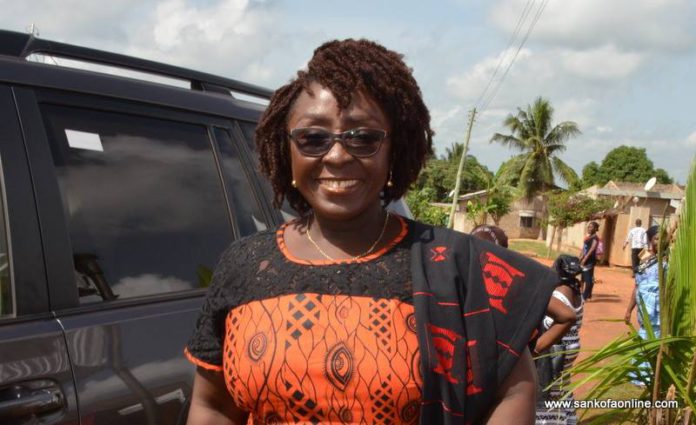 National Democratic Congress Member of Parliament (MP) for Ketu South, Dzifa Abla Gomashie, has left social media users in awe with a photo of her dad.

The former actress took to her Facebook page to share the photo which has got many Ghanaians talking.

In the photo, the lawmaker had her arm wrapped around the old boy’s neck as they pose for the camera.

One thing that has caught the attention of many is the striking resemblance between Madam Gomashie, who was also a Deputy Tourism Minister under the erstwhile John Mahama administration, and her dad.