Despite his divorce from Kim Kardashian, Kanye West wants to remain close to his family.

The billionaire bachelor has paid $4.5 million for the house across the street from his estranged wife in the gated community of Hidden Hills, Calif.

According to Dirt.com, the single-story home was built in 1955 and has not been on the market in over 67 years. The 3,600-square-foot property features four bedrooms and 2.5 bathrooms, plus a guest studio with another bedroom and full bathroom. The equestrian ranch sits on over an acre of land, and also includes horse stables, a barn, and a pool.

Kanye used to live directly across the street with Kim and their four kids in their $60 million home. Kim paid Kanye $23 million to buy out his 50 percent stake in the minimalist mansion, which was featured in Architectural Digest.

This comes as Kanye has pleaded to keep his family together. While donating Thanksgiving meals at the L.A. Mission last month, he alluded to his new real estate purchase.

Kanye also owns a house in nearby Malibu, which he purchased for $57.3 million in September. In October, he listed his Wyoming ranch for $11 million.

Despite his attempts to win back his wife, Kim recently filed to be legally single from Kanye amid their divorce proceedings. The Skims mogul, who is now dating Pete Davidson, is also seeking to drop “West” from her last name and restore her maiden name. 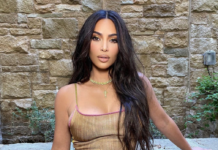 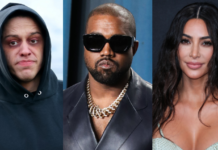