Bono East Regional Minister, Kwasi Adu Djan has said the irate youth group who attacked a police station in Nkoranza and freed at least three suspects in custody are not indigenes of the town.

According to him, they are just criminals parading themselves as friends of the deceased to perpetrate crime.

“I won’t say those who clashed with the police yesterday are youth demanding justice for Albert Donkor. They are criminal elements who only took the laws into their hands to cause mayhem,” he said in an interview on Adom FM’s morning show Dwaso Nsem Wednesday.

His comment comes after some youth who are protesting the death of a 28-year-old trader, Albert Akwasi Donkor reportedly attacked the police station and freed inmates.

The youth have vowed not to rest until those who murdered their friend is brought to book.

But Hon. Adu Djan expressed shock at the turn of events after he had met with chiefs and all interest groups in the area.

He indicated that, during the attack, the Regional Security Council (RESEC) was in a meeting with the leadership of the Nkoranza youth demanding justice for the deceased hence there was no way they could have been part of the attack.

“We met with the youth and their leaders the night that attack happened. Those who went to the police station to cause trouble are real criminals who only want to disturb our peace. Why would those fighting for justice for Albert attack the police station,” he quizzed.

Meanwhile, Police in Nkoranza is said to have identified the leaders of the irate youth and have mounted a manhunt for them. 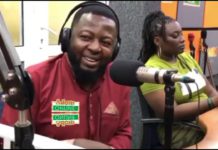 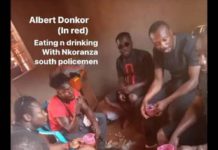 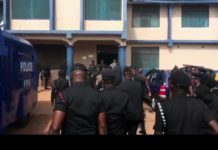 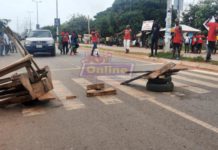 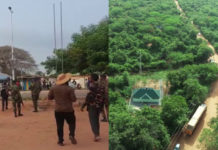