In the midst of fresh concerns about loopholes in the fight against illegal mining, General Secretary of the governing New Patriotic Party (NPP), John Boadu has hinted of government plans to dissolve the Inter-Ministerial Committee on Illegal Mining (IMCIM).

Mr Boadu who was speaking on Asempa FM’s late afternoon political talk show, Ekosiisen, said the move had become necessary because of the successful completion of the Committee’s mandate and task.

The decision to dissolve the committee, he said, had already been discussed at cabinet, adding that steps were underway to carry out same.

Mr Boadu said the government would soon announce the end of the committee’s role and get it to handover to the Lands and Natural Resources Ministry.

President Nana Akufo-Addo in March 2017 commissioned the Inter-Ministerial Committee on Illegal Mining to oversee the implementation of the ban on all forms of small scale mining and also see to the vetting of small scale miners.

It was a move to reform artisanal and small-scale mining in the country until the Secretariat was hit by alleged bribery and corruption scandal in an Anas Aremeyaw Anas exposé on illegal mining that led to the resignation of the Secretary of IMCIM, Charles Bissue.

Mr Boadu’s announcement comes at a time when the Chairman of the Committee who doubles as the Minister of Environment, Science, Technology and Innovation, Prof. Kwabena Frimpong-Boateng has been under pressure over the disappearance of excavators and other equipment seized from some illegal miners in Ghana. 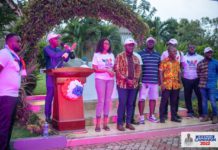 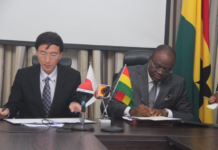