According to him, the state agencies must come together and help answer the many questions begging for answers regarding the airbus scandal.

Speaking in an interview on Asempa FM’s Ekosii Sen programme, Mr Mensah-Bonsu was optimistic the report from the United Kingdom (UK) court on the Airbus scandal has given Ghana a lead to go into the bottom of the matter.

Meanwhile, the legislator, who revealed the price of the Airbus craft was padded, urged his colleagues to read and make deductions very well before approving any agreement presented in parliament.

President Nana Akufo-Addo has tasked the Office of the Special Prosecutor to unravel the identities of the persons said to have been engaged in the bribery scandal with Airbus.

Ghana has been named among five other countries believed to have been paid millions of dollars in bribes in exchange for contracts while a UK court has since slapped a fine of £3 billion on the company. 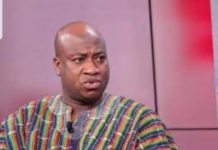