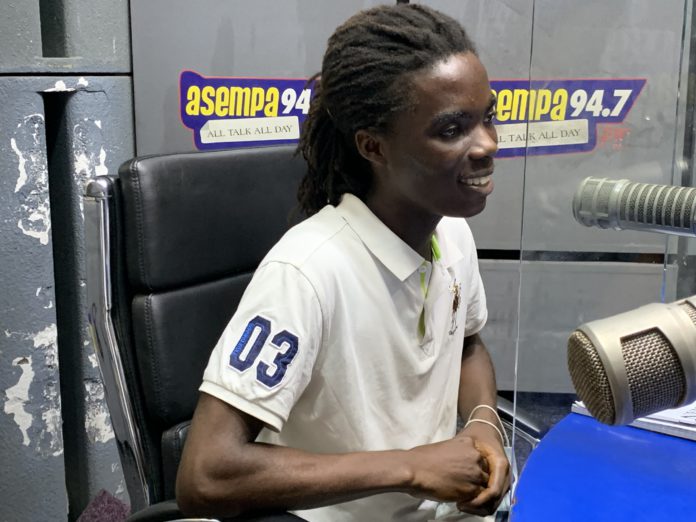 He said he is done with part of the syllabus to aid his studies.

He revealed this on Asempa FM’s Ekosii Sen show, following an order by the  Human Rights Division of the Accra High court for the School to admit him and one other, Oheneba Kwaku Nkrabea.

The students sued the school’s board of Governors, the Minister of Education, Ghana Education Service and the Attorney General to enforce their fundamental Human Rights.

The court, presided over Justice Gifty Agyei Addo, ruled that the fundamental human rights of the two students could not be limited by the rules in question.

Mr Marhguy noted he couldn’t sit at home idle with everything that had happened over the past two months.

“I have been in the house for the past two months but I downloaded the syllabus and online notes to help me study on my own while we waited for the court ruling.

“My sisters, who are also general arts students at St John’s Grammar, helped with the core subjects,” he stated.

He added: “I am convinced I’m up to date with my colleagues and won’t lack anything when I resume school.”

To prove how ready he was, he gave a tipoff on what his colleague General Science students per the syllabus as at now will be learning.

“In biology for instance, they will be learning about living cells and micro-organisms among others which I have dully covered and ready to continue with them,” he added.