Growing up as a child, it was his ambition to become a footballer due to which he actively participated in sporting activities.

As a student of Osei Kyeretwie Senior High School (OKESS) in Kumasi, his football skills were admired by many and pushed him to strive hard to achieve his dream.

Speaking on Adom TV’s M’ashyase3 show, he indicated this dream was, however, dashed after he suffered an injury during a tournament and had to focus on other things.

After encountering and overcoming many hurdles, he landed an opportunity at then Kumasi-based Kesewaa Radio.

Though not a juicy offer, he took it up but unfortunately had to work three years without any salary.

“The station was at Anloga Junction and at that time, I was staying at Kronum-Afrancho and had to walk each day to and from work. Also, I was the one who read the 6 am news which meant I had to get to the office before 6,” he recounted to Afia Amankwa Tamakloe.

However, these challenges he indicated did not deter him from giving out his best as he saw it to be a learning curve towards the new career path many believed he would excel in.

“My mother was sick and it was only God that made me survive that period because I could go a whole day with just one groundnut. But finally, I relocated to Accra to stay with my sister at Ofankor since Kesewaa was put up for sale and because the system wasn’t favourable, I left,” he narrated.

Fast forward, he had another offer at Takoradi-based Good News radio which he said finally landed him a job at Adom FM.

“I was recommended to Adom FM by my then manager at Good News, Eric Essel but I was even rejected and had to go through Hot FM. After a year when I had completely forgotten that I wanted a job with Adom, a phone call that changed my life came through one day.

The CEO who lost her hand after a fall [Video]

“I didn’t go through any interview or whatsoever but was just given the job and it was at Adom I received my first salary and opened my first bank account,” he said with joy.

Adu Kumi revealed it’s been 13 years with the Kokomlemle-based media giant and it has been nothing short of excitement and a wonderful journey. 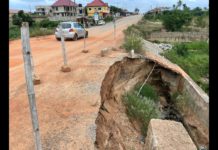 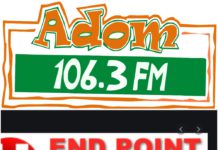 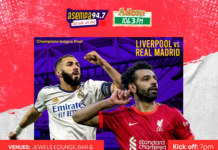 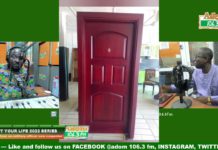