Ghanaian musician, Raymond Eduwodzi Gbedze, popularly known as Eduwodzi, who rose to fame after he released his hit single ‘Yenko Koa’ in 2011, has finally stated his reasons for the long hiatus in the music scene.

Speaking in an interview on 3FM, the singer said he nearly died after some industry people plotted his downfall by using ‘voodoo’ on him.

He explained that after his traditionally-themed song which featured rapper Stay Jay, he had an international contract but he couldn’t leave three days to his departure because he fell ill out of the blue.

Narrating his ordeal, he said he had to roam from one church to another because doctors couldn’t identify which illness was killing him slowly.

He told the host how gruesome he looked due to big rashes that were forming all over his skin causing him to disguise himself among people all these years.

We signed the contract on Friday so I was to move on the next Tuesday. That night, I wasn’t feeling too well… so by 12 midnight, I couldn’t do anything again.

I went to many religious places in search of healing… I even spent two years in Reverend Obofour’s church. I slept there and he is my prophet.

All the hospitals said I was okay… I had big rashes all over my face with stuff coming from it like a boil. I couldn’t travel again, he said.

But he said he is ready to bounce back into the music scene.

I thank God that I am alive. I can see and walk before I couldn’t… I thank God and with him everything is possible.

Check out visuals of Eduwodzi’s hit song below: 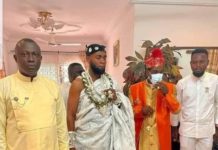 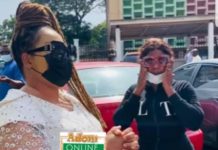 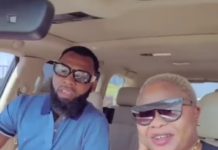 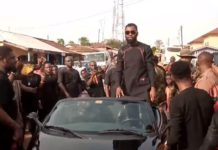