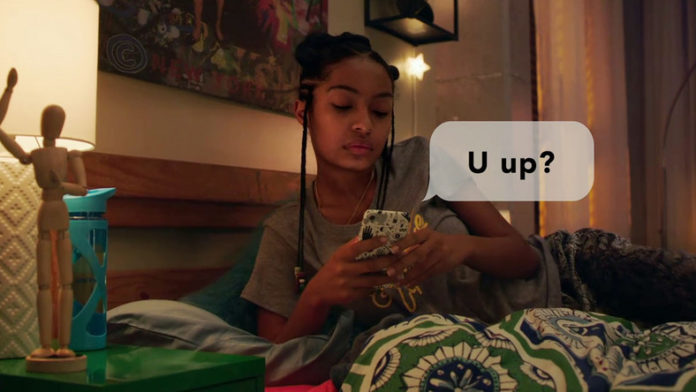 My mum and my dad got a divorce when I was twelve or thirteen.

I didn’t understand their troubles but I saw the fight and I saw their constant anger towards each other.

My dad could be out of the house for days after a fight and my mum wouldn’t know where he was.

They didn’t tell me anything but regardless of the problem they were going through, my dad was very good to me.

He was the one attending my PTA meeting and was the one holding my hands to school to pay my fees.

When I had homework, he’ll sit next to me and take me through the homework. I loved the relationship between us so I was always worried when he wasn’t home.

I would ask mum what the problem was and mom wouldn’t tell me anything.

Until one day my dad told me, “I’m leaving this house because of some issues I’m having with your mother. I’m going to live in my own place. When I settle down, I will come for you so you stay with me.” I cried that day.

I didn’t want him to go but the child I was couldn’t do anything to change their constant battles so dad eventually left the house. He didn’t want me to see him packing so he did it while I was in school.

I came back from school one day and everything of his was gone. I went to my room and didn’t want to come out.

While tossing and turning in my bed, I found a note under my pillow. It was from my dad. He said, “You’re my only daughter and I will love you forever. See you soon.”

I asked my mom if dad was going to come back again and she said, “Your dad is not my husband anymore. We are divorced. He can see you when he wants to but he can’t come to stay in this house again.”

That was the end of the story between mom and dad. Dad came for me often on weekends. He took me to where he lived but didn’t let me sleepover because it was a single room he was living.

He’ll send me back in the evening and come for me again on Sunday morning. The day I completed Junior high school, my dad took me out and threw a little party for me. It was after the party that he told me, “I’m traveling.

I need to do something for myself and for you. I need to travel outside and later come for you so you can go to the university abroad.” Again, I cried. I asked him, “Is mom aware?” He said, “She’s not but there’s no need to tell her.”

When I came back home, I told my mom, “Dad said he’s traveling abroad.” She asked me, “Did he ask you to tell me?” I said, “No he didn’t. I’m only gossiping to you.” She kept quiet and never said a word again.

Dad’s travel brought an end to our beautiful relationship. I didn’t hear from him for over a year until one day my mom said to me, “Take the phone, your dad wants to talk to you.” When I got hold of the phone, I didn’t want to put it down.

We talked and talked until I felt the phone burning my ears. When he said goodbye, I couldn’t say some because I didn’t want him to go.

After the conversation, my mom asked me, “What did he say?” I said, “He said he misses me and he’ll come for me soon.” He turned her eyes away and didn’t say a word.

Three years later, my mom is trying to get married again. She brought the man home one evening and introduced him to me as Augustine.

She said, “Augustine would be coming here often. We are friends so he’ll be coming around often to visit.” She couldn’t say what she wanted to say.

I wondered, “What stops her from telling me that she’s found a new husband? I’m eighteen and no longer a kid.”

I saw them around often. Augustine would come home and leave later in the night. So I thought because I never saw him the next morning. Until one early dawn, I was in the toilet when I heard footsteps going out of the door.

I came out and saw both of them right in front of the door. Augustine apparently slept over and he was sneaking out of the house at early dawn. I watched them and walked slowly into my room.

It didn’t bother me but from the way my mom was trying her best to hide it from me got me baffled.

Two days later, she came clear; “I’m getting married to Augustine very soon. You should start seeing him as your new dad. He’s a good person and he’ll treat you well.

He’s not going to replace your father but while he’s here, he’s going to be the father figure in your life.” I nodded my head and continued watching TV.

From that day on, Augustine came home each day bearing gifts for me. She got me a new iPhone and I was grateful for it.

In fact, I was overwhelmed. Whenever he came around, he’ll come to me first, sit with me for a while before going to see my mom. He’ll come around asking about my dream job and the places I would like to travel to when I grow up.

He’s trying too much and I don’t think I deserve such attention from him. I would be ok if he came around and didn’t even talk to me because I’m not a big talker.

I would be ok if he doesn’t play nice towards me. In fact, I would be totally ok if he ignored me and went ahead loving my mom the best way he could.

Ever since he started coming around, I’ve realized a huge change in my mother and I like it.

She smiles a lot. She’s dressing beautifully these days. There’s some sort of awakening in her life and I’m enjoying it too but I don’t like the fact that he thinks he has to impress me.

Last month he opted to take me out on my birthday, alone without my mom. He said, “Please make a date between you and me on your birthday. Where would you like to go?” I responded in my head, “I don’t want to go anywhere.”

So, on my birthday, I feigned sickness so he’ll leave me alone. My mom has started referring to him as my dad.

I cringe anytime I hear that. She’ll tell me, “Your father would be here this evening. Tell him when he comes around.” I still have my father and don’t need another one.

I don’t hate him. I love the changes and the light he had sparked in my mother but I need my space. I need my boundaries to be respected. I don’t want to be drawn into their love stories.

It bothers me that he walks into my room just to say good night or good morning. I’m not a baby. I want to tell my mom to tell him to give me space.

I want to say it in a way that my mom wouldn’t think I don’t like him or I’m still on my father’s side or I’m still doing battles for my father.

My father is enough and I don’t want any other. He can go ahead with my mom and leave me out of their affairs.

How do I communicate that to them without sounding offensive? Or how do I say it in a way that they wouldn’t feel bad about it?