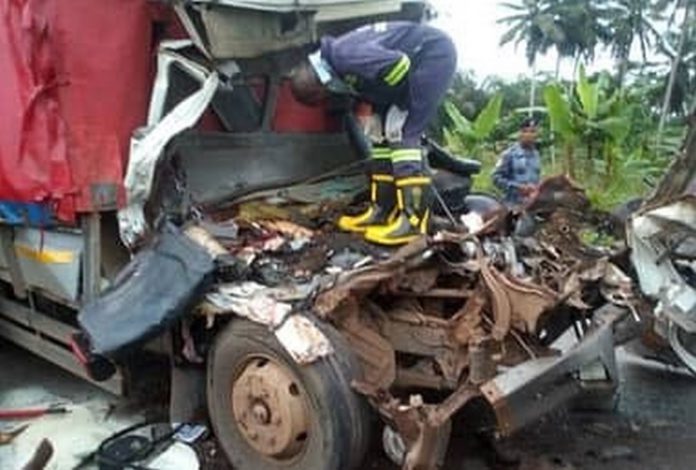 A driver and his mate with three passengers have been reported dead in a gory accident at Ankyernyin near Axim in the Western Region.

The accident is said to have occurred after a KIA truck with registration number WT 591-20 loaded with goods rammed into a faulty Articulator truck with a foreign number plate AF 9761 and Z6640 parked by the roadside.

The accident reportedly occurred on Thursday with all the deceased from the KIA truck.

The Articulator driver and his mate are also said to be in critical conditions and receiving treatment at the Axim government hospital.

Two of the victims have been identified as Akua Attah and Hannah, all from Axim (Apewosika).

The bodies of the deceased have also been deposited at the Axim hospital morgue with police investigations underway. 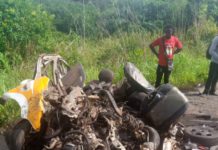