A family of nine has lost their lives in a tragic accident while on their way to a wedding in Limpopo, South Africa.

The fatal crash on Saturday involved two vehicles which were travelling in opposite directions.

The driver of a 10-seater Toyota Venture reportedly lost control after a tyre burst and collided head-on with a truck travelling towards Gauteng.

The Department of Transport and Community Safety in Limpopo confirmed the tragedy.

The victims included four children, four female adults and a male driver, all said to be of the Sethe family.

Extending condolences to the bereaved family, the department assured that they have put in place a support mechanism to assist the family with funeral arrangements. 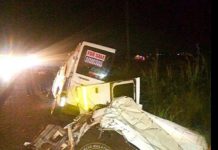 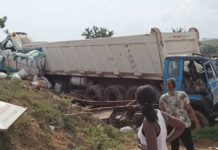