In one important way, what happened in the village gathering at which the old woman, Akua Denteh, was killed was very much like what happened on the street of Minneapolis when George Floyd was killed.

White policemen have been killing African-Americans in the United States for a long time, and so, shocking though the killing was, it wasn’t exactly a new phenomenon.

In much the same way, poor, lonely old women have been regularly branded witches and molested and sometimes killed in Ghana and so this was also not a new phenomenon.

The reactions to the two incidents have also been similar. There has been revulsion, there has been widespread condemnation and everybody who is anybody in the country has had something to say.

The refrain has been something like this should never happen again in our country.

Those who stood on the street in Minneapolis and watched the events unfold and recorded on their smartphones, tried to plead with Officer Derek Chauvin that George Floyd couldn’t breathe.

None of them tried to intervene because there were two other armed policemen standing ominously around the officer with his knee on George Floyd’s neck.

With Akua Denteh, it was a community killing, the crowd that gathered participated in the murder, they chanted to encourage the lead executioner.

Let us not try to clothe our despicable incident in some high-falutin international language.

Let us be brutally frank here. It wasn’t just the villages of Kafaba who were acting out the macabre scene. I have seen on the front page of a national newspaper in this country, the photograph of a half-naked, elderly woman who looked disoriented to my eyes, and she was captioned as a witch who had been found in someone’s room and had fallen through a roof!

Nobody complained, nobody lodged a complaint with the National Media Commission (NMC).

We have all seen and heard so-called bishops and prophets who tell their congregations they are poor because of a witch in their home.

In this country, if you are female, poor and old, you are an immediate candidate to be labelled a witch.

It is not only in our villages and very rural parts that we see played out in everyday life this belief in witchcraft and labelling of old women as witches.

Under the cloak of culture and tradition, poor, old women are regularly called witches.

To be an old woman in this country is to be at risk, and there is no hiding place from any part of our society when it comes to those who would see you as a witch.

More than half the class of our brightest young people, medical students, say they believe in witchcraft, and I suspect a fair percentage of the medical doctors are also willing to see a witch in an old woman.

Whereas if you had a Black American child you could train him to be extra careful when he is near a white policeman, there is no such identifiable source of danger to warn an old Ghanaian woman to avoid.

Your fellow women accuse you of being a witch with as much vigour and venom as the men, the young as much as old.

It is worth noting that in this video, the two persons whipping Akua Denteh are all female, the younger one, said to be the exorcist who stomps around while she whips a helpless, old woman, looks like she would have applied to be part of the firing squad in the days we used to execute people at the Teshie range.

This young woman is a sadist who has carved a niche for herself as a witch hunter. The claim in this sad story is that the townspeople were looking for someone to blame for the lack of rainfall in their area.

Indeed, when the witch hunter came into town, she had started with 18 women accused of being witches, and after an evening of torture, 17 of them admitted to being witches and being responsible for the lack of rainfall in the area this season.

Akua Denteh held out and insisted she wasn’t a witch and not responsible for the absence of rain in the town and that is how she ended up being tortured in the middle of the village.

So, witches are not only responsible for poverty, ill health, accidents and death in the family, they can stop the rain from falling as well.

I have nothing to base my hunch on, but I suspect Akua Denteh is not 90 years old. She is said to be 90 years old because she has a shock of white hair on her head.

Every poor helpless woman, with grey hair is said to be 90 or 100 years old in this country. If she is 90, it would be easier to see her as dispensable and it would be justifiable to call her a witch.

I am 75 years old and if I hadn’t been dyeing my hair for the past 22 years, I would have white hair also. If I hadn’t been sent to school and become financially independent, I would, at the age of 75, be a helpless 90-year-old woman, labelled a witch and being publicly lynched.

But probably the part of the story that exposes our society, with its famed culture and tradition, is that her dead body was released to her family who have laid her to rest in the cemetery.

Her family, she had family. Some of them were probably in the watching crowd, or maybe had been among those who had put her up as a candidate for a witch.

We have to admit this was not a Kafaba, nor a Savannah region problem, it is a nationwide problem.

I know that there, but for the grace of God, it could have been me, Akua Ohene, and who knows if I might not yet end up like Akua Denteh. The shame is ours. 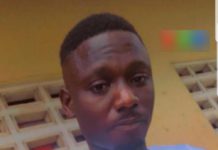