The family of late Ghanaian musician, Daasebre Gyamenah, has fought off claims of abandoning his 15-year-old son.

The reaction comes on the back of an outburst from a middle-aged woman, Christiana Teye, who said she could barely have money to feed herself and her 15-year-old son.

Madam Teye, in a video that has gone viral, said her son has to pack about 200 blocks a day before they get GHS40 to cater for their needs.

She, among other things, claimed the late musician before his demise acquired a plot of land with the documents in her possession.

However, the family, speaking exclusively to Adom News‘ Shine Acquah, said they do not know of any such woman or the son.

The Abusuapanyin, who spoke on behalf of the family, said so far as they are concerned, their late son has only five children and no other.

Further expressing his displeasure about the outburst, he said formal procedures would be taken. 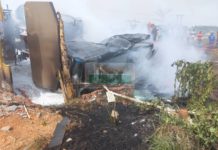 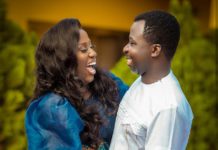 Woman marries, welcomes baby for homeless man she met on the streets