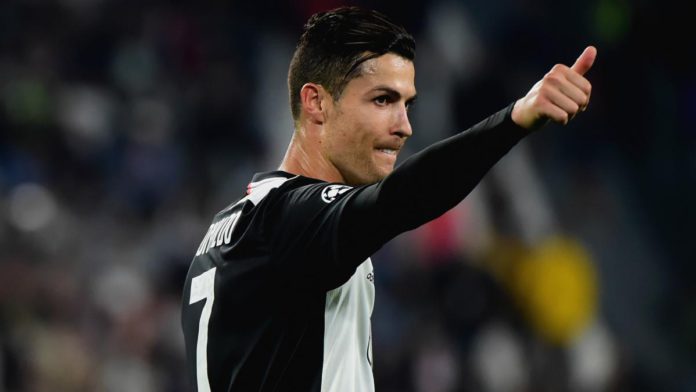 Juventus striker, Cristiano Ronaldo, is set for another two weeks of quarantine when he returns to Italy.

Juventus have recalled their foreign stars who headed back to their homelands during the lockdown.

Although Gonzalo Higuain has gone AWOL, the rest including Ronaldo, Douglas Costa and Alex Sandro are expected to make their journeys in the coming days.

But as reported by Corriere dello Sport, Ronaldo and his team-mates will need to stay in isolation for a further 14 days upon their arrivals in Italy.

That is after Italian prime minister Giuseppe Conte announced the primary stages of lifting the country’s lockdown.

Italy was the first European epicentre for the virus and have seen 202,000 confirmed cases with 27,359 deaths.

However, Paulo Dybala may not be allowed to return for a while still.

That is because he is understood to have tested positive for coronavirus for the fourth time in six weeks.

He confirmed to his 37.9million Instagram followers on March 21 that both he and girlfriend Oriana Sabatini had caught the disease.

It is unclear when each of those tests took place, if Sabatini has also been tested as regularly or if either of them are still displaying symptoms.

Early in April, Sabatini revealed she had taken a test which came back with a “false negative” but a further test showed she still had Covid-19.

Testing positive, then negative and then positive again is not unique.

That is what happened to Atalanta goalkeeper Marco Sportiello, who still had coronavirus a month after his initial diagnosis, although has not been showing major symptoms.

The most likely next step for Dybala would be a blood test to see if he has developed antibodies as a result the virus in his system, and if so, how many of them.

And of course he will need to be given the all-clear before he is allowed to be in contact with others again.

Ronaldo headed back to Madeira with girlfriend Georgina Rodriguez and his four kids.

The family have been renting a £3,500-a-week six-bed mansion near the fishing village of Canical.

Before that, they were staying in a seven-storey luxury pad with a rooftop pool overlooking the Atlantic Ocean.

It is believed Ronaldo splashed around £7million to recover the dream home, formerly a warehouse, with Georgina smitten by its incredible sea view, as well as its amenities including TWO Olympic-sized swimming pools, jacuzzi and a football pitch.

But anyone thinking Ronaldo has been piling on the pounds during the lockdown could not be further from the truth.

The 35-year-old continues to work hard in the gym, regularly posting videos and photos on his Instagram page to keep fans updated.

Juventus star Ronaldo showed off his incredibly veiny legs as he posed for a snap on the exercise bike and at one point even used his little ones as weights.

Girlfriend Rodriguez is putting in the hard yards too as she tries to reclaim her place as Spain’s No1 Instagram queen.

Rodriguez was knocked off her top spot by a 20-year-old actress called Ester Exposito.

However, between the workouts the pair have spent plenty of time with the children, sharing plenty of adorable snaps cuddling up with them