Chilean President Sebastian Pinera has said the Assembly will hold its first session on July 4, as the South American country moves towards replacing its current conservative, dictatorship-era charter.

The re-writing of the constitution is the result of a broad political consensus agreed to after the widespread social protests that broke out at the end of 2019 against inequality.

“This convention undoubtedly represents a great opportunity to achieve a new constitution that will be recognised and respected by all Chileans under a framework of unity and stability toward the future for our democracy,” Pinera said on Sunday.

Over the course of nine months, the 155-member drafting body will have to balance a popular clamour for profound social change with the need to maintain a robust economy as it rewrites the old constitution, which dates from the rule of Augusto Pinochet.

Their term could be extended for three more months, and the body will need a two-thirds majority to approve the draft that will be put to a national referendum next year, in which voting will be mandatory.

Chile’s existing constitution dates from 1980, enacted at the height of Pinochet’s 1973-1990 rule, and limits the role of the state while bolstering private enterprise.

Many Chileans blame it for the deep-rooted gulf between rich and poor, but it is hailed by others, mainly on the right, for the country’s many decades of economic growth.

In choosing the body to write the new charter, voters in May turned their backs on traditional political parties and flocked to independent candidates with no party affiliation but mostly left-wing or socialist ideas.

Many of the independent candidates – an assortment of teachers, writers, journalists, lawyers and activists – were involved in or inspired by the 2019 uprisings and campaigned with promises of social change 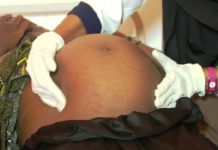 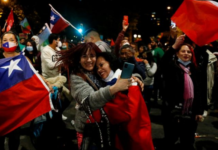 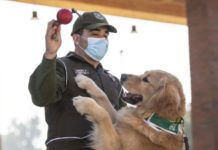