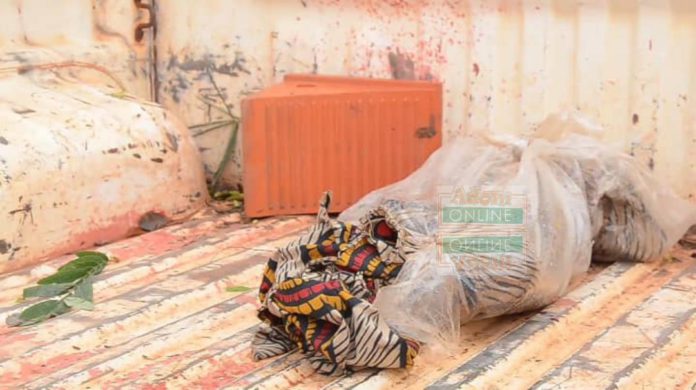 A coaster bus has crushed a two-year-old child to death at Sehwi Aboanidua in the Sehwi Wiawso Municipality of the Western North Region.

The bus with registration number GN 1536-16 knocked down the lad, George Nkrumah, while he was crossing the road to meet his mother.

The mother of the victim, Akua Ayigugun, who witnessed the ordeal, told Adom News that the bus slowed down after climbing a speed ramp, for which she thought it was safe for her son to cross.

However, upon getting to the middle of the road, the driver sped off again, knocking down the two-year-old in the process.

But for the timely intervention of some residents who heard the tyres screeching and the wailing of the victim’s mother, the case would have been a hit-and-run.

A witness, Kwaku Frimpong, noted that the Sehwi Wiaso police transported the victim to the Wiaso Government Hospital where he was pronounced dead.

The body has been deposited at the same hospital for preservation as investigations commence.