Member of Parliament (MP) for Odododiodoo constituency, Nii Lante Vanderpuye, has opined that chaos which happened in Parliament should be blamed on the two Deputy Speakers in the House.

He noted that the 1st Speaker, Joseph Osei Owusu’s attempt to vote during voting procedures was the cause of the chaos that happened in the House.

Speaking with JoyNews’ Correspondent, he asserted that Deputy Speaker presiding as the Speaker cannot cast a vote during voting proceedings in the Chamber according to the Standing orders of Parliament.

However, the Speaker breached the rules of the Standing orders of the House in order to approve the E-levy, which he believes is null and void.

This action by the Speaker in an attempt to vote, according to him, infuriated the Minority to protest and protect the rules and the laws.

“When you are presiding and you order a division, and the division is ongoing then you are getting up on the chair to go and exercise your vote. Where have you found this before? Have you seen this somewhere before? It doesn’t make sense anywhere,” he told JoyNews.

“We are not going to allow Osei Owusu to turn the constitution and the standing orders around to suit his whims and caprices,” he stressed.

“It is not right, it is unconstitutional, it is very very reprehensible, for a speaker of this House to do what he did,” he added. 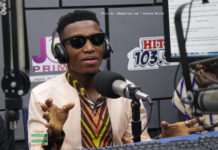 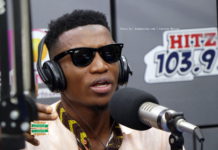