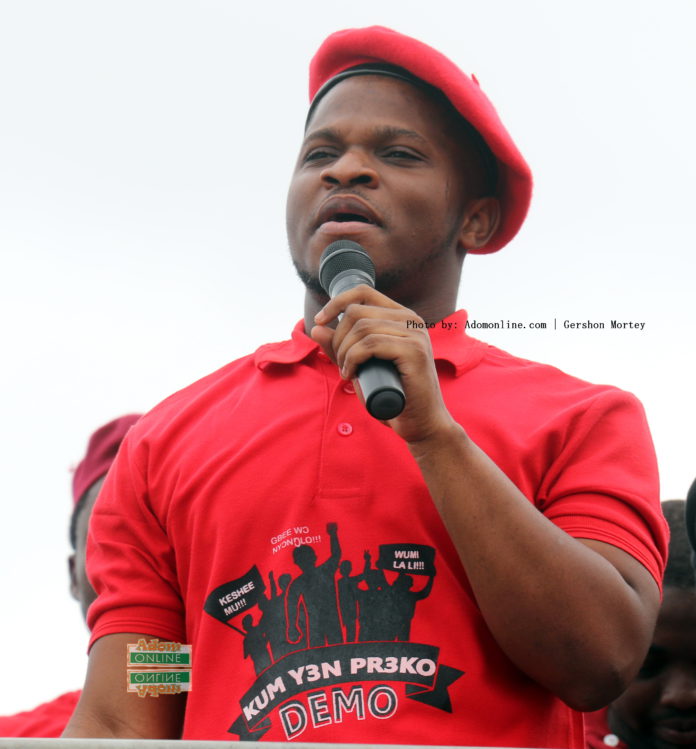 National Communications Officer of the National Democratic Congress (NDC), Sammy Gyamfi, has accused the Ghana Police Service of being the ones who started Tuesday’s stone-pelting during the demonstration by Arise Ghana.

Speaking on Adom FM’s morning show, Dwaso Nsem Wednesday, Mr Gymafi said the police planted officers amongst protesters and tasked them to pelt stones in order to have an excuse to brutalise demonstrators.

“The first person who threw the stone was not even a protestor but a police officer in Arise Ghana t-shirts. Our people arrested the person and sent him to the police but the police shielded the person.

“The way and manner that gentleman kept entering the police station, engaging the police and the pictures available to us, shows he is a police officer and there were more officers in their mist,” he alleged.

Mr Gymafi said his group has picture evidence to back the claims.

A demonstration that was expected to proceed peacefully on Tuesday ended in chaos after the Police resorted to using tear gas to disperse the crowd who pelted stones at officers and service vehicles.

According to the Ghana Police Service, 12 of its officers on duty sustained various injuries and had to be taken to the hospital for medical care.

In addition, parts of Police vehicles used to convey officers to provide protection for the protesters have been damaged.