Hiplife artiste, Peter Famiyeh Bozah, famed as Fameye, has debuted his new look after cutting off his dreadlocks.

Fameye, in an Instagram post, said he has taken up a new identity as Saint Peter, a part of his rebranding.

This is after he released his first full gospel song, Praise which is currently making waves outside the shores of Ghana.

In the photos the father-of-one posted, he could be seen in a semi-low cut which was still giving the dreadlocks feel, as his hair was still not combed out.

He was seen rocking a vintage two-piece men’s wear and corporate shoes, while holding a glass of beverage.

His fans, including celebrities, have appreciated the new look, with a few tagging him as classic. 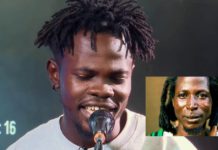 I want to be a messenger not a star – Fameye 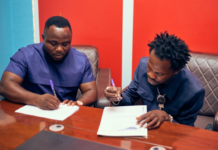 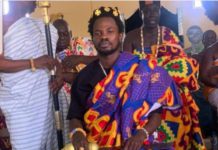 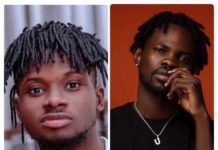 Marriage registrar refuses to wed groom over his hair [Video]