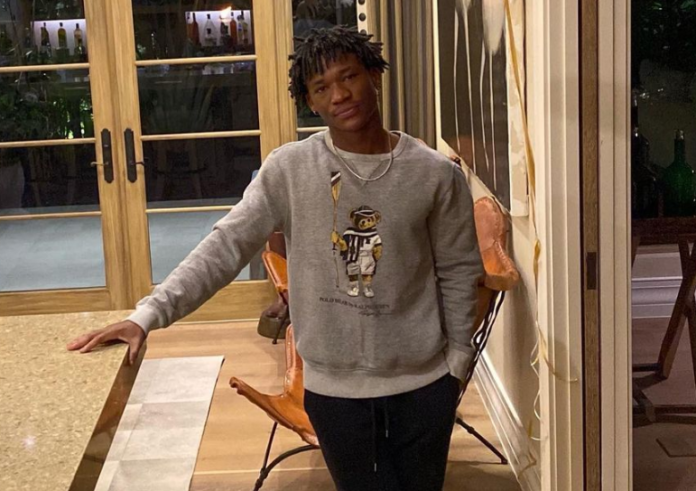 In the new photos, the Beast Of No Nation star was seen standing inside what looked like the living room of a huge building

The Spiderman: Homecoming cast was seen wearing a long-sleeved jeans shirt over a pair of black jeans and complemented his look with a pair of sneakers.

He sported his dreadlocked hairstyle as he coyly poses for the camera to crystallise that moment in time.

It appeared he was shying away from the camera as one of the photos appeared to have been taken while he was walking away.

The photos have gained massive reactions, however, he turned off the comments section and deprived his many friends, colleagues and fans the opportunity to share their opinions over the photos.