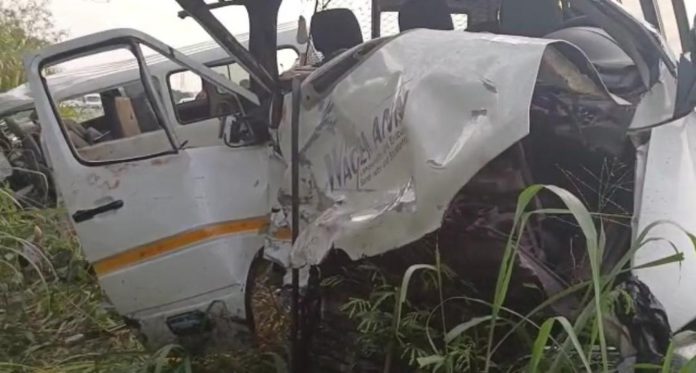 Four persons have died with scores injured after a fatal accident at Buduatta junction on the Accra-Cape Coast highway.

Eyewitnesses narrated to Adom News’ Seth Kofi Adjei that the Toyota driver made a wrong overtaking which led him to ram into the sprinter bus, causing it to veer into the bushes.

At least four persons are dead and many including a pregnant woman and a student have sustained severe injuries.

The ambulance and police service arrived at the scene to convey the injured to various hospitals in the district.

Plans were underway to transport the deceased to the mortuary.