A haul of heroin hidden inside packs of baby food has been intercepted at Lagos’ main airport, according to police.

Three suspects have been arrested in connection with smuggling 23kg (50lb) of the drug on a South African Airways from Johannesburg, said National Drug Law Enforcement Agency spokesman Femi Babafemi on Sunday.

In a separate case, the anti-drugs agency said a public transport driver was arrested at the same airport on suspicion of “ingesting 90 pellets of cocaine” before attempting to board a flight to Dubai.

Officials in Nigeria have often described the prevalence of drug consumption in the country as alarming and endemic. It is also a transit point for various illicit drugs. 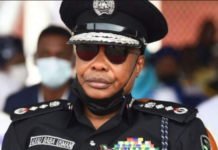 Woman arrested with 18 wraps of heroin in private part [Photo]

Drama as thief gets stuck on rooftop [Watch]