Over 700 households, including basic and Senior High Schools at Akyem Oda in the Birim Central Municipality of the Eastern Region, have been displaced after a heavy downpour.

According to the residents, the heavy rain started with a storm around 4:pm and within 15 minutes, it ripped off building roofing and left at least 10 injured.

Teaching and learning materials as well as other property running into thousands of cedis have all been lost.

Most of the victims, whose houses were completely destroyed, were stranded and were putting up with other relatives.

They are, therefore, appealing to authorities to come to their aid.

He said the situation had affected school activities.

Meanwhile, the Member of Parliament for the Akyem Oda Constituency, Alexander Akwasi Acquah, has visited the victims of the rain disaster in the constituency to see how best to assist them immediately.

Mr Acquah expressed shock and regret at the extent of damage the storm had caused to property worth thousands of cedis.

He has since appealed to the Birim Central Municipal Assembly and the National Disaster Management Organisation, (NADMO) to, as a matter of urgency, put in place contingency measures to accommodate the displaced persons.

On his part, the Birim Central Municipality Director of NADMO, David Okyere, who conducted the official rounds, said that was the worst rainstorm disaster he had seen in the history of the Municipality.

He, therefore, assured the victims of their support. 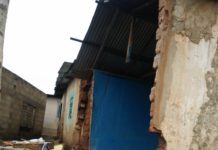 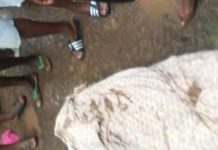 Teenager feared dead after being trapped in drain during downpour 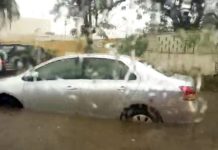