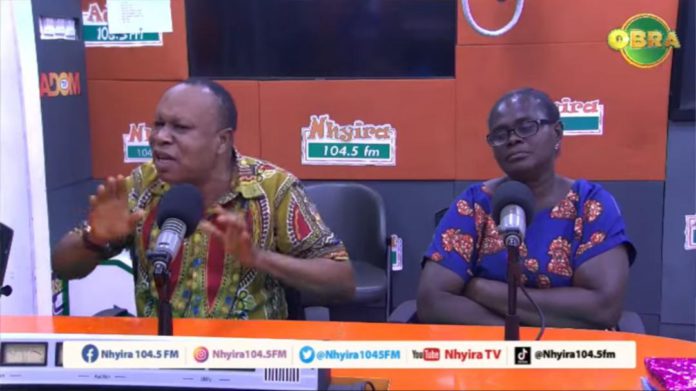 Wednesday’s edition of Nhyira FM’s Obra show ended with a Kumasi-based wife laughing at the wrong side of her mouth after being hit with a bitter reality.

Madam Joyce appeared as a guest to air her grievances against Asare, her husband of 22 years, who she said has started showing intolerable behaviour.

According to her, her husband is taking advantage of his looks to womanize, and as such, has changed from the loving partner she fell in love with to a ‘monster’.

Her accusation metamorphosed into a heated argument in the studio, and in a bid to pierce her husband deeper, Madam Joyce tagged him an impotent man.

The 57-year-old mocked that in their 22 years of living, she has never missed her period, not to talk of even a miscarriage.

She was certain that the fault was from Mr Asare, as she had two children prior to their marriage.

However, she received the shock of her life when Mr Asare, in a rebuttal, was forced to reveal his 15-year-old secret.

Mr Asare proved he is not impotent, and has, as a matter of fact, impregnated another woman and welcomed a daughter, while they were still married.

On how he managed to hide his other family from his wife, the 60-year-old said the mistress is an unproblematic woman, who understands her position as a ‘side chick’.

Hit with the truth, Madam Joyce is now more than ever calling for a separation, demanding a compensation of not less than GHS 30,000.

Her husband has agreed to pay, taunting that he was already spiritually divorced from her seven years ago. 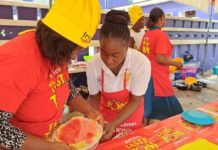 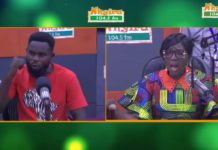