Member of Parliament (MP) for Akyem Abuakwa constituency, Samuel Atta Akyea, has not regretted choosing his faith over chieftaincy.

According to him, he had to flee to the United Kingdom (UK) as the heir apparent following the death of then Okyenhene, Nana Kuntunkununku II, due to his Christian faith.

“If you pay regard to the Christian principles, there is no invocation of the dead. We do not pray that Abraham should rise and come to our aid but in the traditional setting, we invoke the ancestors. There is ancestral worship and that is difficult to really marry the two,” he said in an interview on Citi TV.

He stressed that, he has no regrets refusing to ascend the Okyenhene stool.

“Eventually I believe the God of the Bible which will mean that I will not participate in the issues of the tradition to the point of evoking the river god, the Birim River, to the point of saying that today we are going to the stool room, we are going to go to the royal mausoleum we shouldn’t wear sandals and all that. I didn’t subscribe to that,” he noted.

He added that “the Okyenhene’s Office is a serious office in the sense of the traditional commitment. I didn’t see myself to that level.”

With his succession to the office of Okyenhene being a “fait accompli”, the MP said he was only able to swerve becoming the ruler of the Akyem kingdom by escaping to the UK even without informing his cousin and close confidant, Nana Addo Dankwa Akufo-Addo.

“I escaped the situation, even without telling President Akufo-Addo I went to the UK… I fled and I did that without even telling my mother. I did it with my wife,” he said.

He revealed that as a potential leader of the Akyem Abuakwa kingdom, he was groomed for the position and had one of his relatives preparing him for the role.

He avered that besides rejecting the role due to his Christian faith, he also sought to avoid unnecessary competition as the current Okyenhene, Osagyefo Amoatia Ofori Panin, who filled his stead, was equally qualified for the position.

“I didn’t want, excuse me to say, unnecessary competition when the present and current Okyenhene from my perspective was fit to step into the shoes of his brother,” he said.

On how his family reacted to his decision, he said his relatives thought he was getting mad and that saw him receiving a constant visit from some members of the family who travelled to the UK to get him to change his mind.

“They thought I was getting mad because that is the highest office that every royal would like to attain. So I had people coming to me. Some of the daughters of Ofori-Atta were there, a lot of people came to me that I shouldn’t take such a decision,” he recounted. 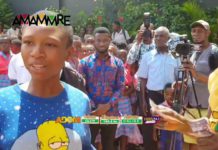 Okyenhene blesses over 1,000 pupils with GH₵20 gift each [Video] 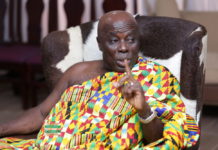 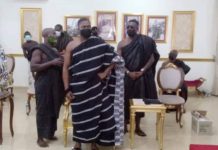 COVID-19 Trust Fund: Coffers increase with donations from Okyenhene, others 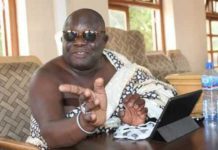