Singer Wendy shay has taken to her social media pages to address claims made by presenter Delay that she failed to listen to the latter’s advice.

According to her, she cannot comprehend why Delay would take to her digital platform to lie to Ghanaians and her fans about her.

In her Facebook live video, Wendy Shay said Delay had unfollowed her for about a year now, hence she only decided to return the gesture by checking her off her friend’s list too.

She has unfollowed me over a year. So I saw it and I unfollowed her. So I don’t know why it would be like I didn’t listen to her advice. I know she won’t lie about this, the Uber Driver hitmaker said.

According to Delay, Wendy Shay, unlike her usual self, has now started piercing many parts of her body and wearing ‘sexy’ clothes that she would’ve avoided when she was up and coming.

But Wendy Shay says Delay could have given her a telephone call if she truly cared about her.

Again, the Rufftown singer denied rumours that she was doing drugs and that was affecting her lifestyle.

“The way I dress. I want to dress like that. No one is forcing me to. When I was in Germany I loved wearing black and my mum knows this.

“I am not on drugs. I see it as if Delay thinks about me, she would have called. She doesn’t have to put it in the mind of people that I am depressed. Since I was born, this is when I have inner peace, and everything I need as a woman as an artiste.

“Don’t judge me by the way I look. I could even be the first to heaven. I have come to know who I am. How many people know their purpose on earth? But I do know mine,” she said.

To climax her statement, Wendy Shay said she has now decided to start following her fans because they show her genuine love.

Watch the full video below: 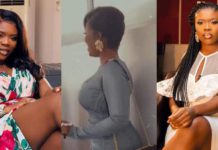 Amerado finally reveals relationship between him and Delay 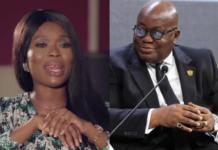