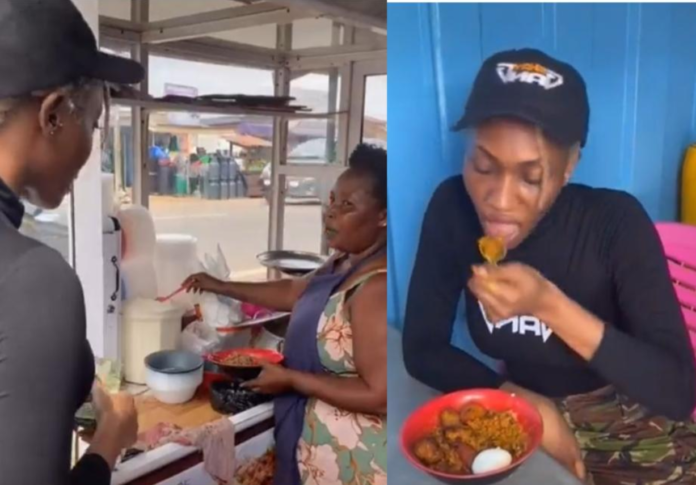 Unlike most celebrities who shy away from buying their favourite foods in the public, singer Wendy Shay has done the opposite.

The Rufftown Records singer was seen at her favourite beans joint buying the road-side food to depict how hard the economy has become.

The gesture stems from her new ‘Heat‘ song which throws light on how people are struggling to put food on the table.

Instead of a lavish restaurant, Wendy opted for a local joint because she doesn’t have the means to afford certain things though she is a top musician.

Meanwhile, her latest Heat song is currently trending number three on YouTube. The Uber Driver hitmaker has equally garnered numbers on other music-streaming platforms since the song made a debut.