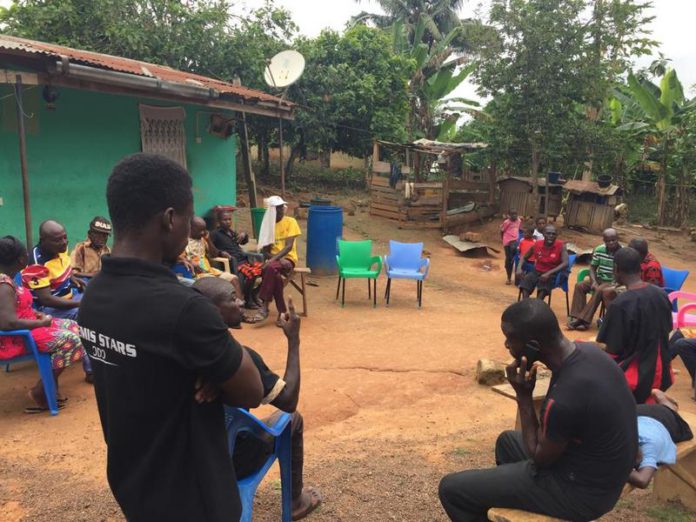 The Angry children of a missing woman from Assin Bereku, Nana Bruwaa, 51, who was found beheaded in a Cocoa farm, are demanding for the missing head from the late woman’s husband, Yaw Owusu, 55, who happens to be the head pastor of Truth Redemption Church at Assin Bereku.

According to information gathered, the deceased went to work in a cocoa farm with her husband, Yaw Owusu but the woman didn’t return home.

Yaw Owusu, who is currently a suspect in the case, denied going into the said cocoa farm with the deceased.

Some farmers from the community, who saw the couple together in the cocoa farm, blew alarm which led to the arrest of the suspect, Yaw Owusu.

Upon thorough search in the cocoa farm in question by the youth and chiefs of Assin Bereku, the body of the deceased was found without the head.

The suspect is currently in police custody at Assin Fosu.

The children of the deceased are pleading with the police to demand the missing head from the suspect.

Meanwhile, some residents of Assin Bereku expressed shock about the development.