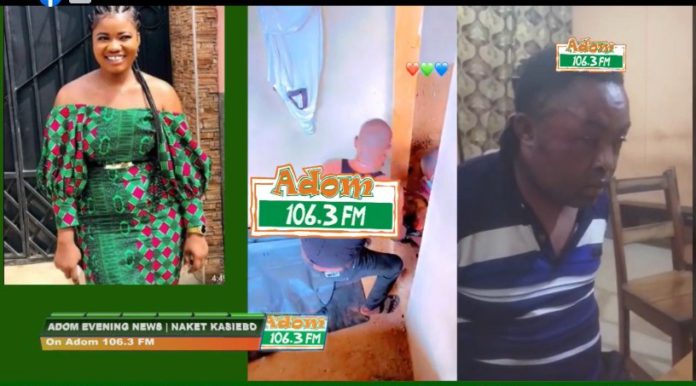 Personnel from the Central Regional Police Command have arrested a third person in connection with the murder of Ms. Georgina Asor Botchwey, according to a Ghana News Agency report.

The suspect, a 26-year-old mason, who was identified as Abbey, is said to have been contracted by one of the accused persons to dig the pit in which the victim was hurriedly buried.

Abbey is said to be an in-law of ‘contractor’ Christopher Ekow Quansah, (Nana Clarke) the Tufuhen of Mankessim, who is facing charges of murder along with the self-styled pastor, Michael Darko (Sofo Kofi).

The GNA report said Quansah, confessed to having hired the husband of one Esi Akyere to dig the pit in his house at Mankessim.

Police, with the support of the chiefs, arrested Abbey who happens to be a member of the community youth volunteer group. He confessed to receiving GH¢50 in two installments after earlier denying that he had been contracted.

Abbey said the Tufohen paid him the first installment of ¢20 and ¢30 after he had completed the task.

Baffled by the revelation of the suspect, the sources said, the chiefs assembled all the members of the Youth Volunteer Group and impressed on them to confess if they were complicit in the murder case, but they all denied any knowledge of it, the GNA report added.

Mankessim: Police react to death of chief in murder case