The Arewa Pastors Non-denominational Initiative for Peace in Nigeria has vowed to expose the pastors working against President Muhammadu Buhari.
The leader of the group, John Richard said this when he led a delegation to the presidential villa in Abuja on Thursday.
Richard who said the president has done well but is being sabotaged by the opposition also revealed that members of the group include archbishops and bishops from the 19 northern states, over 45,000 registered pastors, and millions of followers.
READ: 5 suspected robbers dead in crossfire with police
“We wish to thank His Excellency, President Muhammadu Buhari for granting us audience amidst your heavy-duty national and international responsibilities. We congratulate you and ourselves and give all the thanks to the Almighty God for the good health he has restored to you,” Richard said.
“We congratulated ourselves also because during your health challenge we knowing you to be the Godsent timely leader to rescue and restore Nigeria back to her pride, fasted and prayed with over one thousand archbishops, bishops, pastors and evangelist for God to show you mercy and heal you.
“Your Excellency, we the 19 northern states pastors came together in unity to speak with one voice to crusade for peace, reconciliation and national unity of our great country Nigeria which you have already started.
READ: Sierra Leone: Apologise to Mahama – Observers group demands from his accusers
“We will want his excellency to link us with the relevant security agencies in our crusade for peace and fight against hate speeches and those dark walls that separate us as we will network with our counterpart from the east and west to hand over those of our colleagues being used by the enemies of our togetherness to inject confusion and false stories into the public space resulting to the destabilisation of peaceful co-existence we were enjoying in the country.
“Your Excellency that we will co-operate in exposing any information that will be available to us as regard to the perpetrators.”
Richard said his group was satisfied with the performance of the president, urging the public to disregard the reports that the president has the plan to Islamise the country.
READ: Full speech: Akufo-Addo’s address on controversial military deal
“We acknowledge the good leadership you are rending to Nigerians in the area of restoring the economy, boom in the agricultural sector, tackling of insecurity, fighting corruption and We believe in your leadership and we are here to let you know that we are fully standing by you and your government to ensure that you succeed and peace is restored to every and corner of the country,” he said.
“And to counter those deceiving and poisoning Nigerians with fake news to destroy your good intentions for the country especially those giving the impression that you are against Christians and some ethnic groups in Nigeria which is a big lie for instance: Some pastors using places of worship to preach hate. People using church to preach violence. (If you preach war and war broke out who will go to church for worship). The Islamisation agenda. We believed that the Mr. President has no lslamization agenda in Nigeria.
“This is just an opposition propaganda, about the killings around the country, we observed that it is not only Christian that are the victims, both Muslims and Christians are affected, and the government is doing everything possible to solve the problem. What we need to do is to come together as a people to support our government in other to bring to an end to this circle of violence and we assure.” 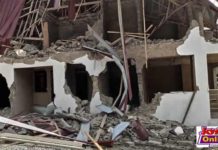 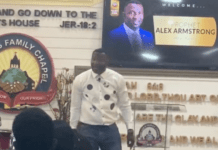 Buhari orders investigation into shooting at his home 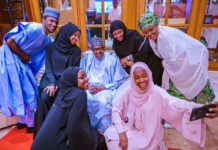 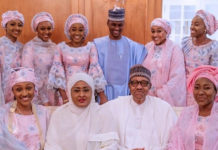