The Minister of Education, Dr Matthew Opoku-Prempeh, has painted a bleak picture of the state of affairs in the education sector at the time his predecessor, Prof. Naana  Jane Opoku-Agyemang left office in January 2017, describing the bills as ‘huge’.

Dr Opoku-Prempeh, who is also Member of Parliament (MP) for Manhyia, made the revelation in a comprehensive statement to Parliament earlier today on education reforms and teacher education since the New Patriotic Party assumed office.

“Mr Speaker…we met huge outstanding bills under the leadership of Prof. Jane Naana Opoku-Agyemang as Minister of Education, on key supplies for education service delivery. There was an outstanding bill of approximately GHS9m on Capitation Grant, GHS 4m on Feeding Grant for Special Schools, GHS 14m on exercise books to basic schools, and GHS4m on the supply of school uniforms among many others,” the MP, popularly known as Napo, noted.

It would be recalled that the Minister on previous occasions criticised his predecessor, who is currently the running mate of the National Democratic Congress ahead of the 2020 general election for her handling of the Education Ministry, and it is expected that education will be one of the biggest battlegrounds ahead of the elections as the two main parties tussle over their records in the sector.

In his statement, the Minister touched on other initiatives and reforms rolled out by the New Patriotic Party government in the education sector, including teacher training, staff promotion, the teacher licensure regime, infrastructure investments, a legal and regulatory framework, improvements in the Technical, Vocational Education and Training subsector and several others. 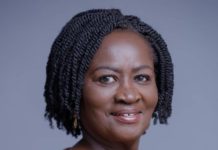 No shaking, no ‘baga waya’ – Prof Opoku-Agyemang to women on issues of ‘inclusion’

Prof Ahwoi’s book: Why Prof Opoku-Agyemang has shot herself in the foot – Baako reveals