Dancehall artiste, Stonebwoy, has reciprocated the love showered on him by one of his die-hard fans turned sister, Ayisha Modi.

As part of plans to celebrate the fan, who goes by the handle ‘She loves Stonebwoy’ on her birthday today, July 17, Stonebwoy organised some members to surprise her.

As early as 12:am, Stonebwoy and his crew woke his ‘sister’ up to an award presentation in his home.

She was honoured with a customised T-shirt which has the signature and short message of the BHIM president, encapsulated in a glass frame.

Stonebowy went further to sing a happy birthday song while popping champagne to begin their celebrations.

He also hinted he will be present for her birthday donation which will take place at an orphanage at Nsawam.

‘Oh my God’ was all the fan, who appeared to be short of words, managed to say, but the greatest expression laid on her smiling face.

Watch the surprise moment below: 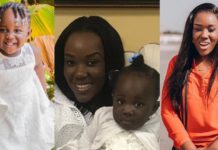 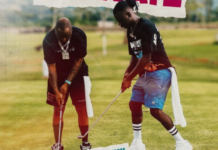 Stonebwoy angry as his song with Davido leaks [Listen]

4 things men think women care about in a relationship, but...