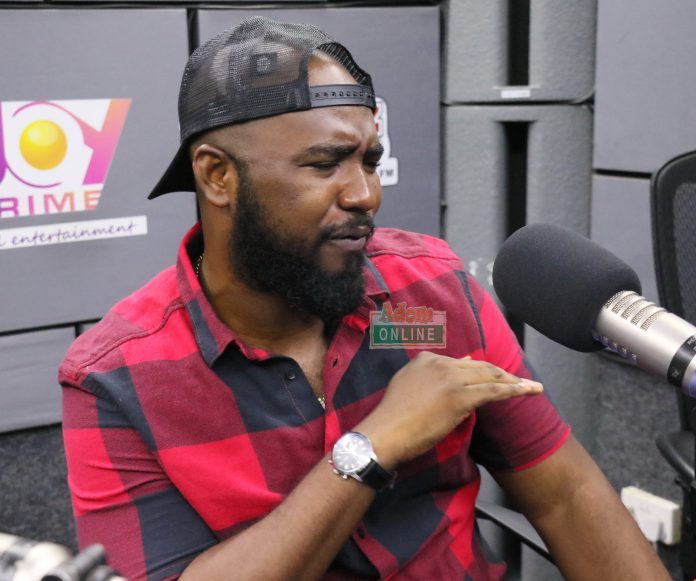 According to him, Ghana created and championed the idea of pushing Azonto songs beyond its borders, hence it will be right that Ghana owns and boasts of it as a genre.

Azonto is a dance and music genre from Ghana. People living in the coastal towns in the country such as Chorkor, James Town, La, Teshie, Nungua and Tema, in the Greater Accra Region are known to have originated it.

Some people claim the Afrobeats genre somewhat emerged from the Azonto songs which were highly patronised in the sub-region.

Ghanaian footballer, Asamoah Gyan and Togolese football star Emmanuel Adebayor and other celebrities have performed the dance as part of their celebrations.

Some songs with the Azongo vibe include Gasmilla’s ‘Aboodatoi’, EL’s ‘Obuu Mo’, Sarkodie’s ‘You Go Kill Me’ and Fuse ODG’s ‘Azonto’ among many other acts such as Nigerian’s Wizkid who also released a song called Azonto. The list cannot end without Bisa Kdei’s ‘Azonto Ghost’ hit song.

Speaking on Daybreak Hitz on Hitz FM on Thursday, the man who is seen as a pioneer of Azonto, Gasmilla urged musicians to push for the registration of Azonto as a music genre.

He explained that artistes from Ghana are too creative, hence find it difficult to stick to a particular genre unlike Jamaicans who have championed reggae and dancehall for decades.

Throwing more light on the Azonto genre, Gasmilla said “if BBC could come down for a guy who did a video with a budget less than GH¢ 2,000 and clothes less than GH¢10.00, then I was like that is the way. All we needed was to make Azonto a genre.”

According to Gasmilla, the crème de la crème in the music industry should pay mind to his suggestion to motivate up and coming musicians to know their path.

“If we make it a genre, people will dance Azonto songs every year, but we have not made it.

“Every year Nigerians who learned Azonto from us create one dance to dance to it but I will bring a dance and people will ignore…unity is the problem,” he said.