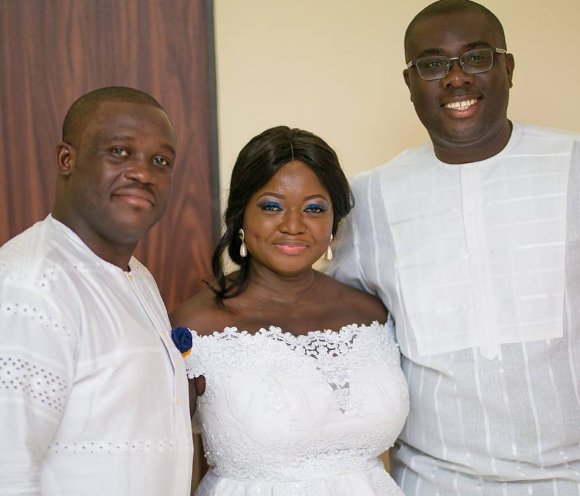 Member of Parliament (MP) for the Ningo Prampram Constituency on the ticket of the National Democratic Congress (NDC), Mr Sam Dzata George on Wednesday sent a hilarious message to the National Organiser of the New Patriotic Party (NPP), Mr Sammy Awuku as he marked his 35th birthday.

The NDC MP sent Mr Awuku the message through a Facebook Post and described him as a “brother and friend.”

The part of the post that got people laughing was where he said Mr Awuku is in a wrong political party, depicting he ought to be in the NDC.

The MP wrote: “To my friend, brother, and ‘adversary,’ a good man in a wrong party. Happy birthday @sammiawuku from @mys_vee_ and I. May the LORD continue to order your steps and may Mary do you show tonite.”