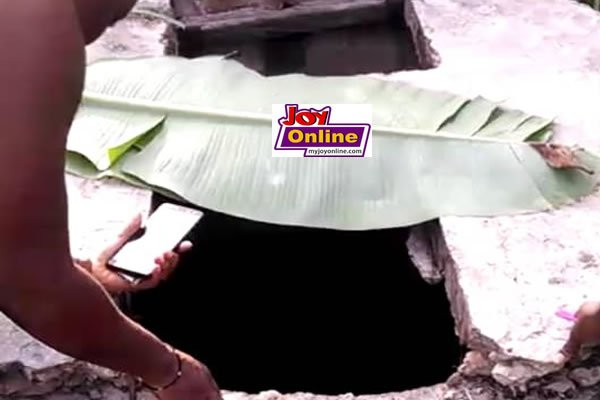 A 25-year-old trader has reportedly confessed to throwing her five-year-old son into an abandoned well at Ogone, a suburb of Somanya in the Eastern region, leading to his death.

The woman, who is identified only as Rita, is in the grip of the police helping with investigations.

According to Joy News’ correspondent, Kofi Siaw, the deceased, whose name was given as Joseph, had been reported missing for the past three days with an official complaint lodged with the police.

His mother, who sells mangoes in the community, had been announcing the disappearance of her son on a local radio station.

She, however, took the community by surprise when she reportedly confessed to family members of her knowledge of the little boy’s whereabouts, the reporter added.

Rita then led family members to the crime scene where the body of Joseph was found floating in the well.

Bewildered residents of Ogone as well as surrounding communities, gathered at the crime scene after hearing the news.

It is unclear what may have compelled the suspect to throw her own son into a well but some residents, who spoke on anonymity, attributed it to economic hardship. They claimed the father of the child abandoned him and the mother.

The body of the boy has been taken to the Atua Government Hospital for autopsy while investigations continue.