Some heavily-built men have allegedly attacked a 135-year-old queen mother and some residents of Adum-Afrancho in the Atwima Kwanwoma District of the Ashanti region.

The men stormed the palace, vandalised the main gate and barged into the bedroom of the queen mother and attacked her after they had assaulted some of the residents.

The incident occurred on Sunday, September 6, when the queen mother was getting ready to celebrate her 130 years of enstoolment as queen and Akwasidae.

The macho men ended up consuming the queen mother’s drinks and made away with a sheep meant for sacrifice during the Akwasidae celebration.

Unit Committee Chairman for the area, Nana Sarfo Adjei Kantanka, told Kumasi FM that the attacked persons had been taken for treatment at the hospital.

At a press conference held on Monday, September 7, 2020, Nana Sarfo Adjei Kantanka accused the chief of the community, Nana Osei Yaw, for being behind the attacks and said the residents since the incident are living in fear.

He, therefore, appealed to the Asantehene Otumfuo Osei Tutu II and President Nana Addo Dankwa Akufo-Addo to intercede to ensure that the lives of residents are protected.

“What I can say is that President Akufo-Addo, we are pleading with you to come and help us. We are also pleading with Otumfuo, this is his father’s town, he should come to our aid. I can’t sleep at home, because this guy rolls with macho men, he can come at any time,” he said.

The queen mother also appealed to Otumfuo to come to her aid and ensure peace.

“I plead with Otumfuo to come to my aid,” he added. 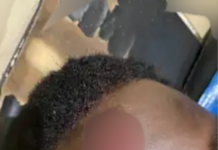 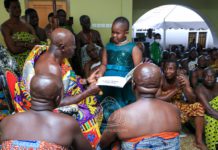 Girl, 7, presents copy of her book to Asantehene [Photos] 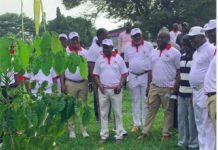 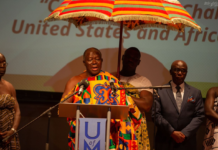