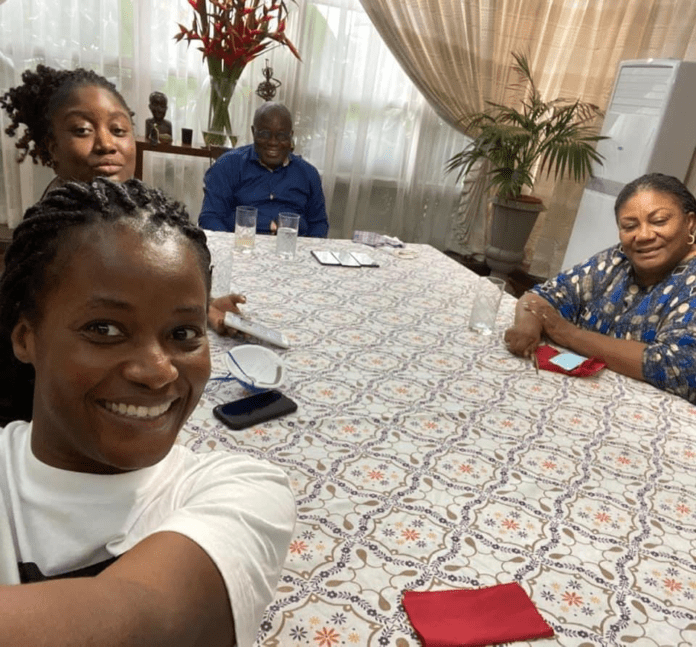 President Akufo-Addo is observing the 14-day self-isolation at the Presidential Villa in Jubilee House after a close person tested positive for coronavirus .

Director of Communications at the Presidency, Eugene Arhin has disclosed while reacting to claims that the President has been flown to London for treatment.

The Herald newspaper on Sunday published the story claiming President Akufo-Addo has been flown to the United Kingdom for treatment.

But Eugene Arhin urged the public to disregard such publication since “it is clearly a figment of the author’s imagination”.

He shared a photo of the President with his wife and daughters having a good time on his Facebook wall.