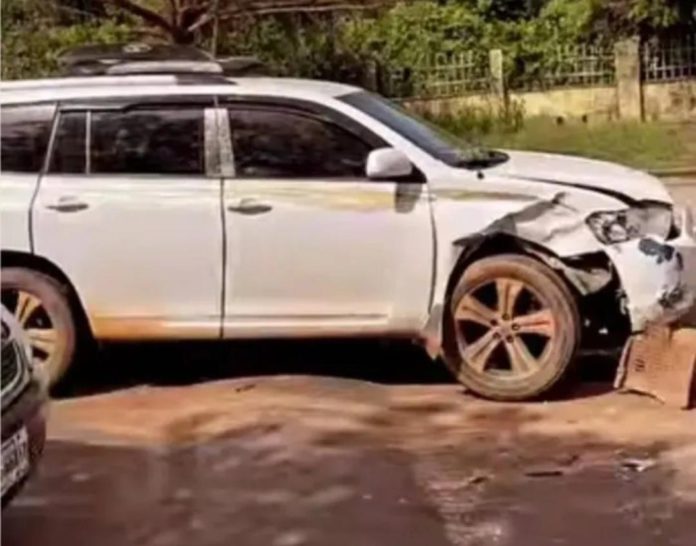 Zazoo hitmaker, Portable has cried out in fear after surviving a second accident in two months.

The Nigerian artiste crashed his white Range Rover again after he was involved in the first crash in March 2022.

Partable believes he is under a spiritual spell and the intent is to see him dead.

He posted photos his damaged Range Rover but no casualty was recorded.

Two months ago, the budding singer crashed his car into his building moments after ending his Instagram live.