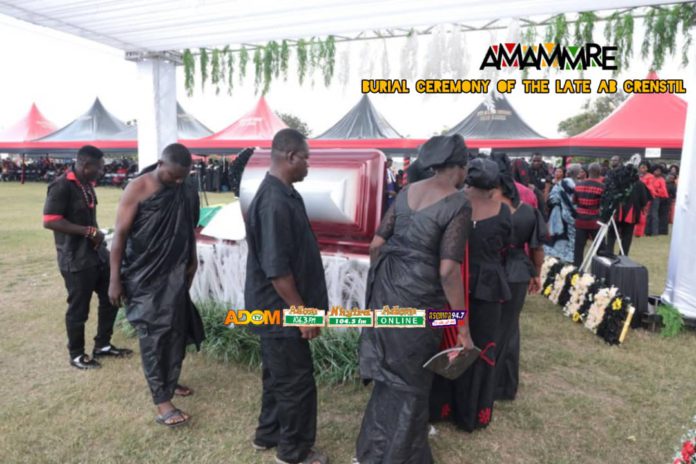 It was an all-emotional and difficult moment as the mortal remains of highlife legend, Alfred Benjamin (A.B) Crentsil was laid to rest.

Family and friends could not control their tears as they filed past his body.

Mr Crenstil will subsequently be buried in his hometown, at Ewoyaa, near Saltpond in the Central Region.

Scores of sympathisers and mourners from the Creative Arts industry, dignitaries and political figures joined the bereaved family to pay their last respects.

The Highlife star died at The Bank Hospital, Accra on Wednesday, July 13, 2022.

He was a founding member of the Sweet Talks Band which was based at the Talk Of The Town Hotel in Community 2, Tema, alongside seasoned musicians such as Smart Nkansah, the late Jewel Ackah and Pope Flynn. He formed his own band the Ahenfo Band in 1982.

Rewind: Would AB Crentsil’s ‘Moses’ be banned if it were released today?

AB Crentsil had 25 albums to his credit. Some of his songs which caught both local and international attention were Papa Samo, Landlord Abodwese, Devil, Osokoo among others.

AB Crentsil was baptised into the Methodist Church from infancy and remained in the faith until his demise.

For a good part of the years that he lived in Tema, he worshipped at the Bethel Methodist Church at Community 8, Tema. 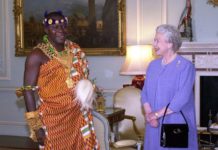 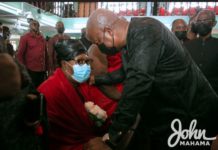