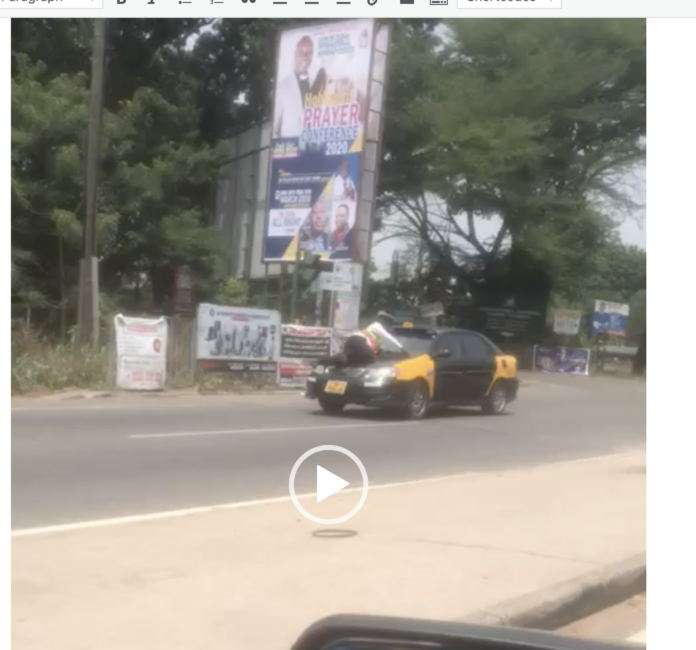 A Koforidua Circuit Court has sentenced a 37-year-old taxi driver to 30 months imprisonment for speeding off with an Officer of the Motor Traffic and Transport and Department (MTTD) of the Ghana Police Service hanging on his car bonnet.

The convict, Daniel Ofori, 38, has been additionally banned from driving for five years.

He was sentenced to six months and 24 months on each count to run concurrently and in hard labour.

Presenting the facts before her Honour, Mercy Adei Kotei, the Prosecuting Officer, Inspector Gershon Defiamakpor, said the driver was declared wanted by the police for running away after committing a road traffic offense.

According to him, the convict, was on February 28, 2020 spotted at the Galloway junction by a Community Protection Assistant driving a Toyota Corolla cab with registration number GW 7484-14 from Koforidua township towards Adweso.

He said two MTTD officers, Corporal Ofei Konadu and Sergeant Asante Peperah ordered the convict to stop but he refused.

Inspector Defiamakpor told the court, the driver, instead attempted to knock down one of the police officers, Sergeant Peperah who stood in front of the car.

Sergeant Peperah jumped and laid on the bonnet of the taxi after sensing danger.

Inspector Defiamakpor explained that the driver drove him off at speed to more than 350 meters until another car crossed his vehicle forcing him to stop.

He was arrested and charged with dangerous driving and resisting arrest but was later granted bail after he pleaded not guilty.

The court, however, found him guilty after more than a year of trial. 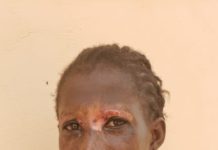