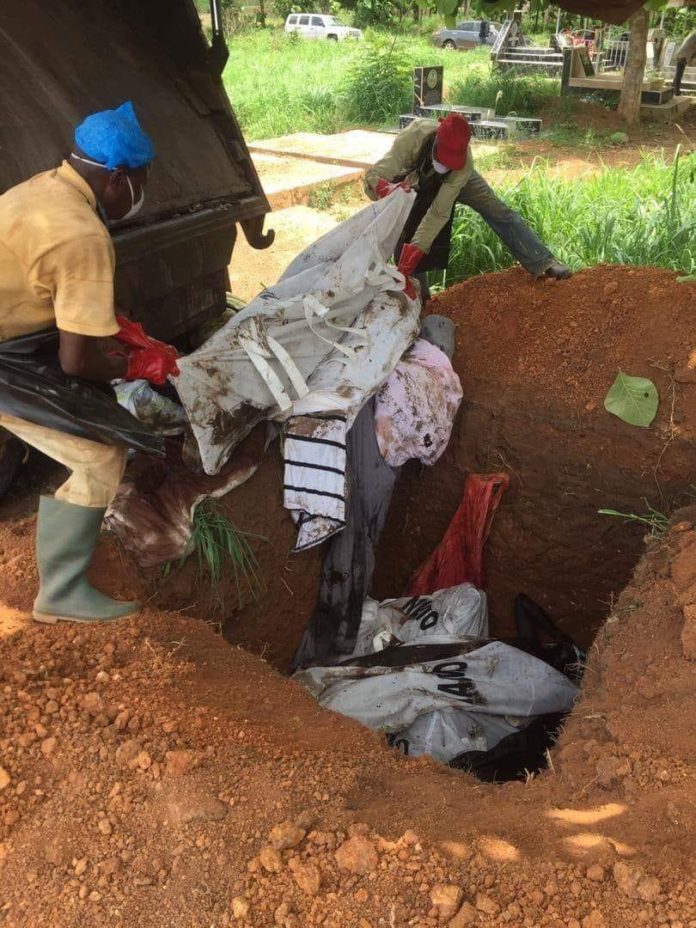 Sunyani city authorities have buried 33 unclaimed bodies which were crammed at the Sunyani Regional Hospital morgue for years.

Workers of the Municipal Assembly and health officials were sighted wearing protective gear as they buried the bodies in a mass grave at the Sunyani public cemetery.

The Adom News’ Bono regional correspondent, Christian Ofori Kumah has reported that the bodies including that of three children had been kept at the mortuary for long periods, some as long as five years.

Bystanders could not hide their tears, as the solemn ceremony which had Christians, Muslims and Traditionalists, all saying prayers for the dead, took place.

Justina Owusu-Banahene, the Sunyani East Municipal Chief Executive said in an interview that the Assembly, in collaboration with authorities at the hospital and the Sunyani Municipal Security Council organised the mass burial.

Madam Owusu-Banahene added that the hospital’s mortuary was choked also because families had failed to collect and bury their deceased relations because of the government’s restrictions on public gathering.

Ghanaian culture reveres burial and funeral rites as families, relations, and friends use the occasion to pay their last respects to departed souls.

Most often, bodies of the deceased are dressed and laid in state for public view while mourners from all walks of life commiserate with relations.

According to the President’s directive, no funeral ceremony should exceed more than 25 people, a situation which had discouraged many families from burying their dead relatives. 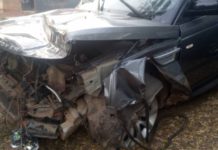 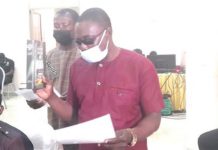