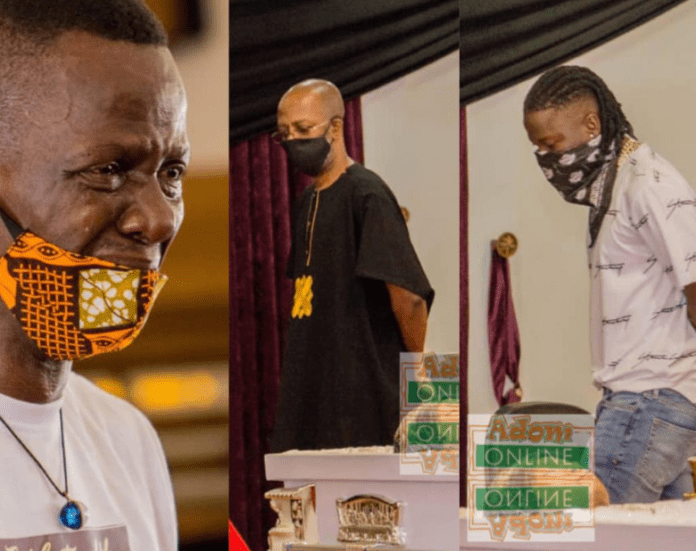 The private funeral and cremation ceremony of mother to ace radio and television personality, Prince Don-Tsegah of the Multimedia Limited was held on Friday May 1, 2020.

Mrs Vivian Seshie Tsegah was laid in state at the Lashibi Funeral Home with a significant number of celebrities and fans in attendance even though the ceremony was strictly by invitation.

This was to maintain the maximum of 25 persons in the church.

A cross-section of radio and television presenters like Doreen Avio, Dr Pounds, Mike Gizo and Ibrahim Ben Bako were also present to support their colleague.

Mrs Vivian Seshie Tsegah was a veteran Journalist who worked with the Ghana Broadcasting Corporation (GBC).

She was amongst the first batch of students when the late Dr Kwame Nkrumah built the institution.

She worked as a presidential correspondent at the time and was also the face of Ghana Airways when it was first outdoored.

She later resigned to follow her passion in fashion and design.

Mrs Tsegah was married to the late prominent lawyer, Mr Sax Tsegah, which makes it no wonder that their son, Prince Don Tsegah, has become a leading showbiz journalists in Ghana.

Below are some photos from the ceremony below: 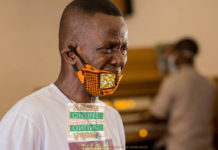 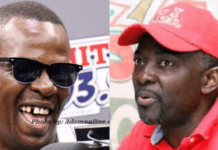