It can be recalled the duo were spotted having fun on a road trip to Aburi among other places of interest during Davido’s recent visit to Ghana.

The fun ended with the two in a studio where they laid off super verses to seal a record.

With the videos that surfaced online, the joy and synergy between them proved the song will be an instant hit whenever it drops in the public domain.

Fast forward, Stonebwoy says he is willing to sue whoever leaked the song.

According to him, though the song will be the jam of the year, it is very wrong to waste his money, time and efforts he put into the work.

Stonebwoy’s zeal to sue in the court of law steams from the fact that no musician has set the example of taking a culprit on for leaking their song.

I promise every single soul will be taken on for this leak… The song dier it’s for the masses regardless. It’s the BiGGEST SONG to lock off The Year though.

But that leak behaviour is old school. Money, time & efforts go waste thus we can’t ignore no more, even the culprits know better they only do it because no one takes them on, he said. 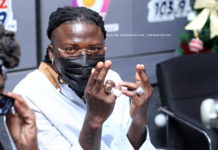 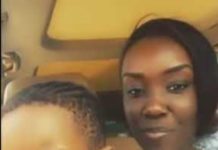