The Shatta Movement boss first of all extended warm congratulations to the Nigerian celebs such as Jim Ike, Ini Edo, among others who were appointed as Adonko Bitters ambassadors for their new deal.

“Congrats to all my naija brothers and celebs on their Adonko deal…Infact Adonko pls come and sign me cuz am also a Nigerian ,my name is shatta Ike chwuku wale…Thank you [SIC],” he tweeted.

In his subsequent posts, the Ayoo hitmaker lambasted the FDA for seeing Ghanaian celebrities as minors.

“Ghanaian musicians only think about awards and not business and moreover they behave like children no wonder FDA sees us a great influence to minors !!! Poor industry poor mentality, [SIC]” one of his tweets read.

In 2015, the FDA banned Ghanaian celebrities from advertising alcoholic beverages.

But Shatta Wale disagreed with the FDA saying “go check how many people there love alcohol and even keep some in their houses but they will come telling us about safety !!! This country paaa hmmm [SIC],” he added.

According to him, the lackadaisical attitude of Ghanaian celebrities to counter FDA’s decision will go a long way to affect the industry.

Shatta Wale isn’t the only industry player calling on the FDA to review the ban.

Celebrities such as Edem, Wendy Shay, Tic and even Bullet see the phenomenon as a disadvantage to Ghanaian celebrities. 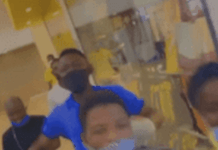 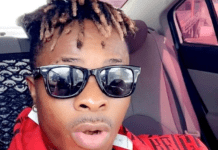 Akufo-Addo has not been flown to London for Covid-19 treatment –...

Coronavirus patients wake from comas and tell doctor ‘they wish they...

Just in: SuperSport may not renew broadcast rights for EPL, UEFA